In California polls, Fil-Ams won some and lost some 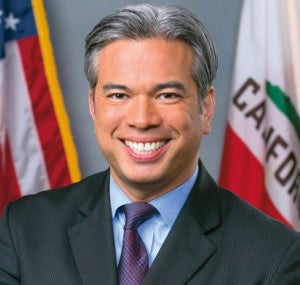 California State Assemblymember Rob Bonta led the list of Fil-Ams who got to the winner’s circle. He was overwhelmingly reelected to the State Assembly’s 18th District, garnering slightly more than 86 percent of the total votes cast, or 88,621 votes.

Vallejo Councilmember Bob Sampayan won his mayoral bid for in Vallejo, California, a community with a large Fil-Am population. He garnered 12,418 votes, or nearly 41 percent of the total cast, to beat two other candidates. He is the first Filipino American to become Mayor of Vallejo.

Sampayan is not the only Fil-Am in Vallejo to triumph. Fellow kababayans Rozzana Verder-Aliga and Hermie Sunga won their reelection bids to the Vallejo City Council.

Juslyn Manalo, who serves on the Personnel Board in Daly City, was successful in her bid to become a member of the Daly City Council. The San Francisco State University graduate placed second in the race among five candidates who ran for the city council. She garnered 7,356 total votes.

Ruscal Cayangyang won his bid for a short-term post to the Vallejo Unified School District.  He garnered a total of 16,080 votes. Mae Cendana Torlakson and Mike Guingona failed in their bids for elected posts.

Tony Daysog lost his reelection bid for the Alameda City Council, placing third among five candidates, while longtime Councilmember Jim Navarro fell short in his bid for the mayoral post in Union City.

In Contra Costa County, Mae Cendana Torlakson was beaten by Tim Grayson for the State Assembly race in the 14th District. She garnered 29,431 votes as opposed to Grayson’s 48,586 votes. (With Joseph L. Peralta / AJ Press)