1 in 5 Calif. adults with kids at home were abused as kids | Global News
Close
menu
search

1 in 5 Calif. adults with kids at home were abused as kids 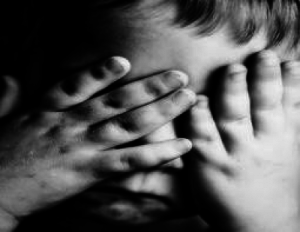 One out of five California adults with children living in their homes were beaten, kicked or physically abused when they were children, and one in ten were sexually abused, according to data released recently by a children’s health foundation.

“I think it’s probably a low estimate,” said Cassandra Joubert, director of the Central California Children’s Institute at California State University, Fresno. “I think these kinds of events within families are hush-hush, swept under the rug, not really talked about.”

Focusing on the abuse that parents have experienced is essential to interrupting the cycle of trauma, Joubert said. Adults who were abused or neglected as children often end up emulating their own parents.

The data were recently released by kidsdata.org, a program of the Palo Alto-based Lucile Packard Foundation for Children’s Health, to coincide with a recent conference on adverse childhood experiences in San Francisco.

Other notable findings: 36 percent of adults with children living in their homes experienced verbal abuse as children; 19 percent witnessed domestic violence. In some counties, including San Bernardino, Contra Costa and Riverside, a fifth of adults who have children in their homes reported experiencing at least four different adverse childhood experiences growing up. Those experiences can include physical, sexual and verbal abuse, having parents divorce, and living with someone who suffers from mental illness or abuses drugs or alcohol.

The findings come from data collected in a survey by the Public Health Institute. Marta Induni, research program director at the institute’s Survey Research Group, oversaw the survey of nearly 28,000 California residents. She said she has been particularly touched by the many people who have thanked her for asking them about painful and often stigmatized childhood experiences.

“I think that speaks to the importance of just putting this into the common vernacular: ‘Let’s talk about this,’” she said.

A bill to expand school-based mental health services for young children came to a halt in the state Senate Appropriations Committee this summer, because it did not include a way to fund the additional services. A spokesman for Assemblymember Rob Bonta (D-Oakland) said Bonta may propose that the state budget include additional funding for expanded services.

“We fail these kids until they turn 18 and then we just blame them and criticize them,” she said.

She pointed to a number of policy prescriptions, ranging from funding more parenting programs to shoring up mental health services.

“We have serious trauma and violence in our history,” she said. “The more we address it, the better we can be.”