It’s never too late to be an artist, at PH Center NY | Global News

It’s never too late to be an artist, at PH Center NY 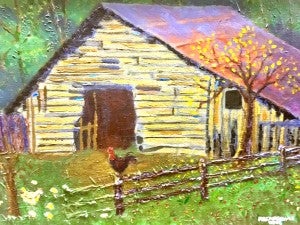 NEW YORK CITY — It is never too late to start a new career as an artist. More than a passion, delving into a new realm brings a fresh breath of excitement each morning, waking up to a new life where vivid imagination takes one to a fourth dimension never explored before.

Appreciating the beauty that suddenly comes alive: chirping of birds in rhythmic tune; pink burst of sunlight against the clouds; wild flowers suddenly in bloom seemingly multiplying as you count them. These are things that were once ignored while in a rush to get to work.

The first brush stroke on a flat white canvas can be intimidating indeed. But this first experience brings so much joy and fulfillment once the artist completes the work. Luckily for New Yorkers, the Philippine Center, located at the heart of fashion and arts district, has been host to new and upcoming artists, as well as to seasoned ones who need a window to the world. The recent opening hosted by Society of Philippine-American Artists (SPAA) presented works by 23 members. 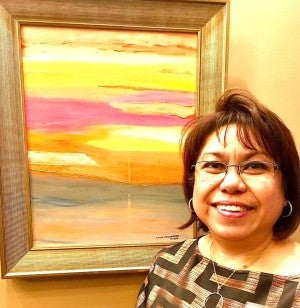 SPAA is an organization founded by Manuel Rodriguez Sr. in 1993. Today it has more than 50 members. Interestingly, some of the employees of the Philippine Consulate General of New York started their small classroom after work, under the guidance of self-taught artist Ronald Cortez. Two of the employees, administrative officer Rey Cardenas and Lulu Villamater, joined the current exhibit.

“Upon learning about the art lessons, I eagerly jumped in and joined them. Ronald Cortez opened my eyes to the beauty of soft pastel painting,” Villamater recalled joining the group in spring of 2012.

Rey Cardenas pursued acrylic painting and has since then joined several exhibits of SPAA, where he is now the vice president. The small group of art students are now writing their own history in the pages of SPAA annual publication. 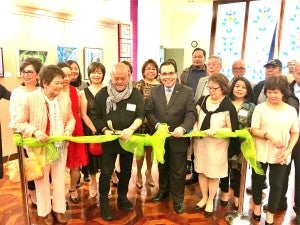 The event also marked as the last official appearance of New York Consul General Mario Lopez de Leon Jr., who is winding up his tour of duty in Manila when he retires in June 2017. In his farewell message, he said, “The past five and a half years, my term as your Consul General, has been challenging, demanding and hectic. At the same time, as the last posting in my Foreign Service career, this is one of the most rewarding, heartwarming, and most memorable.” 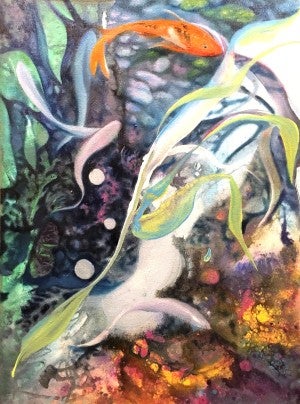 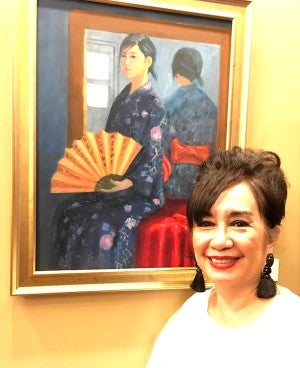 The same group of artists contributed during the Typhoon Yolanda fundraising drive through an art auction organized by this writer. At the time, several Filipino American groups acted to a call for help by the Philippine Consulate General of New York. Community leaders donated their time and resources in the next few months and engaged in various fundraising activities.

Ambassador de Leon addressed the Fil-Am community in his open letter: “One of my proudest achievements is when the community came together to provide relief and assistance to our brothers and sisters after typhoon Yolanda. Through your contribution, we were able to build homes for 108 families in the most devastated towns in Eastern Samar and Leyte, making our work relevant and very much felt in the homeland.”