Panatag fishermen told: Enjoy it while it lasts 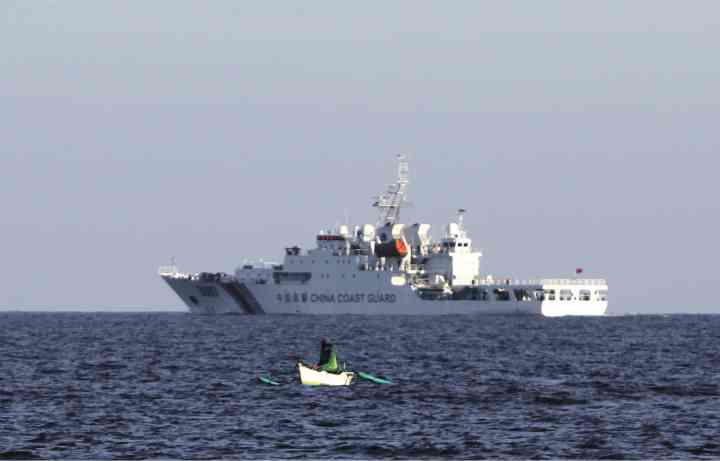 NO RESTRICTION This time, a Filipino fisherman is undisturbed by Chinese coast guards while fishing at Panatag Shoal off Zambales province.
RICHARD A. REYES

There are no guarantees on how long Filipinos can fish at Panatag Shoal without being stopped by Chinese authorities, but the Philippine government is proceeding along the “friendly” agreement with China that they can go there unmolested, Malacañang said on Wednesday.

Chinese Coast Guard ships remain at the shoal, though.

The Philippines has no formal agreement yet with Beijing concerning Filipinos’ access to Panatag Shoal, presidential spokesperson Ernesto Abella told reporters on Wednesday.

No guarantees have been discussed as well, he said.

“At this stage, we’re not talking guarantees, we’re just going by the fact that they, the fishermen, can now just go [there],” he said.

Asked if this means the Filipino fishermen can be barred from the shoal again, Abella replied: “Let’s just put it this way: According to the present arrangement, they just go and fish.”

He also said he did not know if the arrangement concerning Panatag Shoal was temporary.

But when the Philippines and China sit down to discuss their maritime dispute, he said Mr. Duterte would bring up the July 12 ruling of the UN-backed Permanent Court of Arbitration in The Hague that invalidated China’s claim to nearly all of the South China Sea.

A US think tank believes the “friendly understanding” between Mr. Duterte and Chinese President Xi Jinping is only to relax the Chinese blockade of Panatag Shoal.

“Despite earlier reports, it appears that Filipino fishermen are still not fishing inside Scarborough Shoal. New imagery from Oct. 29 showed a China Coast Guard vessel anchored just inside the mouth of the lagoon, where it has been for most of the period since China seized the shoal in 2012, apparently blocking access,” the Asian Maritime Transparency Initiative (Amti) said on Wednesday.

The Oct. 29 picture showed a China Coast Guard vessel, represented by a red dot, at the shoal. More than 10 Philippine fishing vessels, represented by yellow dots in the satellite photo, were seen along the reef’s exterior.

Two orange dots stood for Chinese ships in the vicinity with the Philippine vessels.

“Basically, the Xi-Duterte understanding seems to be to return to the status quo that was in effect for most of the Aquino presidency,” Gregory Poling, Amti director, told the Inquirer.

For Jay Batongbacal, director of the University of the Philippines Institute for Maritime Affairs and Law of the Sea, the imagery was inconclusive because it is “only a snapshot of a specific point in time.”

Batongbacal said there were news reports that indicated the Filipinos were able to enter the shoal.

He said, however, that the presence of China Coast Guard vessels indicated China maintained administrative control of the shoal.

“Fishing is taking place effectively under their control,” Batongbacal said.

It was the Aquino administration that brought the action in The Hague court, which ruled heavily in favor of the Philippines.  —WITH REPORTS FROM NIKKO DIZON AND DJ YAP