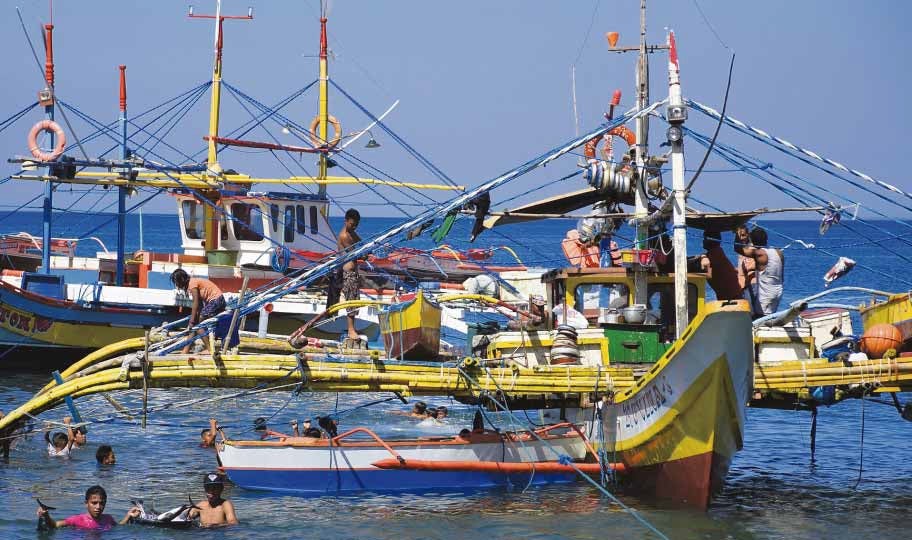 BETTER TIMES Filipino fishermen are optimistic they will be able to continue fishing at Panatag Shoal, but a maritime law and security expert cannot say how long will it last. —WILLIE LOMIBAO

Without a written agreement between President Duterte and Chinese President Xi Jinping, it is uncertain how long Filipinos can fish at Panatag Shoal unhindered by China, a maritime law and security expert said on Tuesday.

“The situation can change anytime because there is no written, no firm commitment, no clear parameters … we have no idea what really is the basis and legal situation,” Jay Batongbacal, director of the University of the Philippines Institute for Maritime Affairs and Law of the Sea, told the Inquirer by phone.

National Security Adviser Hermogenes Esperon on Sunday said that no agreement was reached during discussions between Filipino and Chinese officials about Panatag Shoal during Mr. Duterte’s visit to China last month.

He said China and the Philippines just reached a “friendly” understanding allowing Filipinos to fish around Panatag, internationally known as Scarborough Shoal.

As a result, in recent days Filipino fishermen have been able to fish unmolested at the shoal while Chinese government vessels have patrolled nearby.

China’s foreign ministry confirmed on Monday a decision to allow Filipinos to fish at the disputed shoal.

Hua made it clear, however, that China would continue to exercise administration over the area as Chinese territory.

China, which claims almost all of the South China Sea, seized Panatag, located 228 kilometers from the coast of Zambales province, after a two-month standoff with the Philippines in 2012 and blockaded the shoal to prevent Filipinos from fishing in the area.

Without military muscle to defend its claim to the shoal, the Philippines challenged China’s excessive claim to the South China Sea in the UN-backed Permanent Court of Arbitration in The Hague.

In July, the court ruled in favor of the Philippines, saying China’s claims had no basis in international law and it had violated the Philippines’ rights to fish and explore for resources in waters within its 370-km exclusive economic zone in the South China Sea.

The court, however, did not resolve the question of who owns Panatag, saying only that being a common fishing ground, the shoal is open to both Filipino and Chinese fishermen.

China rejected the ruling, saying it would not change anything in the South China Sea.

Supreme Court Senior Associate Justice Antonio Carpio has said that the Duterte administration must avoid “any language” that implies the Philippines recognizes China’s claims of sovereign rights in Panatag Shoal.

“Scarborough Shoal is defined as part of the Philippine territory under our domestic law, and of course, we cannot concede our sovereign rights within Scarborough Shoal. A deal would have to avoid language that implies that we recognize the sovereign rights of China over the shoal,” Carpio said in a podcast with the US think tank, Asia Maritime Transparency Initiative.

“Any language that says the Chinese allows the Philippines or permits the Philippines to fish [at the shoal], that is not acceptable and I think our Department of Foreign Affairs knows that,” he said.

Batongbacal said the Philippine government must “insist” that Filipino fishermen are at Panatag “as a matter of right and sovereignty over the shoal itself regardless of what China says.” —WITH REPORTS FROM AFP AND AP