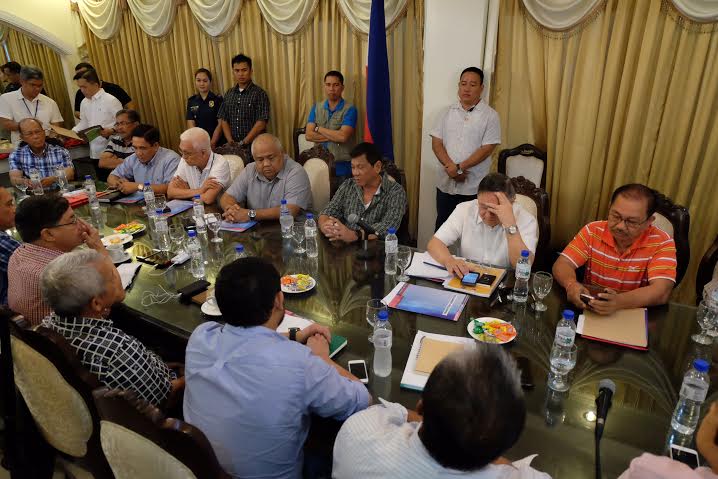 Presidential spokesperson Ernesto Abella said Ramos had submitted a letter to Executive Secretary Salvador Medialdea expressing his decision to resign from his post.

“But it will be up to (the President) whether to accept it or not,” Abella said in a text message.

Ramos’ resignation caught members of the President’s Cabinet by surprise, among them Presidential Adviser on the Peace Process Jesus Dureza, a close associate of both the former president and Mr. Duterte.

Dureza, who was in Davao City for the Halloween break, said he has not spoken with either the President or Ramos regarding the latter’s decision.

“I have no idea. I only learned about it in the media. I was really surprised,” Dureza told the Philippine Daily Inquirer over the phone.

He declined to comment when asked about the possible effects of Ramos’ resignation on the Duterte administration’s efforts to cozy up with Beijing.

“They’re both my friends. I will have to talk to them first,” he said.

On Monday, the 88-year-old former chief executive said he opted to vacate his post after the President’s fruitful state visit to China two weeks ago.

“I’ve done my job to… break the ice and to help restore the ties of goodwill and friendship (between China and the Philippines),” Ramos said in an interview with a television crew.

In several speeches, Mr. Duterte had disclosed that it was actually Ramos who convinced him to seek the presidency in the May 9 balloting, thanking the former president for his victory.

Their close ties, however, started to turn sour when the President mounted profanity-laden blitz against the United Nations and the Unites States, the country’s oldest military ally.

In his opinion columns, Ramos did not mince words in criticizing the President, calling his strong opposition to the ratification of the Paris Agreement on Climate Change as “obviously wrong and full of S**T!!!”

Despite his stinging rebuke, Malacañang said Ramos’ “presence” in the Duterte administration was “invaluable.”

“(Ramos) was appointed… as special envoy precisely because of his stature (and) credibility as our elderly statesman and his ability to break the ice with the Chinese government,” Presidential Communications Secretary Martin Andanar said in a statement.

He credited Ramos for strengthening the diplomatic ties between Manila and Beijing which, he added, “led to the very successful” state visit of Mr. Duterte to China.  SFM/rga