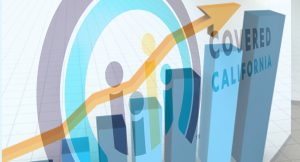 MENLO PARK, California — The past few weeks have been scary ones for consumers with Obamacare health plans.

As if open enrollment weren’t stressful enough, they’ve also been bombarded with headlines about 2017 rate hikes of 25 percent, 50 percent or even more.

But there’s some hope for Californians. Our rate increases, while high by our standards, are generally lower than in other states. And if you’re willing to be flexible, most of you can limit your premium increases to no more than 5 percent.

Today, I’m going to pass along five pieces of advice for those of you with Covered California or open market health plans. Open enrollment for those plans begins Nov. 1 and ends Jan. 31, 2017.

But I’m sorry to say that minimizing the damage probably won’t be painless. In order to avoid the biggest rate hikes — and perhaps even see your premiums drop — you may need to make difficult choices: Are you willing to change plans, and perhaps lose your beloved doctor? Would you switch from a PPO to a more restrictive HMO?

“Every year, the story’s always been to shop around. This year, it will be especially important,” says Dena Mendelsohn, a staff attorney at Consumers Union who specializes in health care.

Case in point: Nancy De La Torre, an enrollment specialist with the Community Health Initiative of Kern County, recently helped two gentlemen renew their Covered California plans. After studying their options, they decided to switch from PPOs to HMOs.

Don’t do this alone

My most important piece of advice is my first: Get help. It’s free.

Covered California customers face a statewide average rate hike of 13.2 percent in 2017, but your specific increase depends on many factors, including where you live, which insurer you choose, your income, age and family size.

Certified insurance agents and enrollment counselors can guide you through the application or renewal process, often face-to-face, and help you manage all of these variables.

“Always come to someone who can assist you,” De La Torre says. “There might be an option you’re not seeing on your own.”

Many will go above and beyond for you.

Weiyu Zhang, a health educator with Asian Americans Advancing Justice – Los Angeles, recently made three trips to an elderly client’s house to help her enroll, printing out the material in large type and in Mandarin so she could understand.

To find resources near you, visit the Covered California website at www.coveredca.com and click on “Free Local Help to Enroll,” on the home page.

From there, you can search for agents and enrollers by location and language.

To find out which options are available to you and at what price, check out Covered California’s “Shop and Compare” tool on its website.

Though the alphabet soup of health insurance that you find may be confusing, it’s critical. Acronyms such as HMO and PPO determine what your network of doctors and hospitals will look like, which in turn affects price.

For instance, HMOs generally cost less than PPOs, but you must stay within network to get coverage.

Note that Anthem Blue Cross next year will convert a majority of its PPOs in California to EPOs — or Exclusive Provider Organizations — which offer no coverage out of network, except in emergencies, Mendelsohn says.

“It really depends on how much choice consumers want to have,” she says.

Coverage levels also affect premium cost. When choosing a plan, enrollees must select a “metal tier” (bronze, silver, gold or platinum), which determines how much they will pay out of their own pockets for care. Bronze plans have the lowest monthly premiums but the highest out-of-pocket costs for medical services. Platinum plans have the highest monthly premiums, but lower out-of-pocket costs.

“This year, for a lot of the bronze plans, especially the HMOs, the rates are actually decreasing,” Zhang says.

Before you jump into a bronze plan, be sure you can afford the high out-of-pocket costs that come with it. More on that later.

If you’re thinking about switching plans to save money, remember that different plans cover different doctors and hospitals.

“I have a lot of clients who say, ‘I want to keep my family doctor,’” Zhang says. “So if you want to switch to a different plan, check to see if that doctor is part of the network.”

Some will be and some won’t. To find out, check your insurer’s provider directory ahead of time, either online or by phone. Don’t rely on your insurer alone, however. Also check with your provider.

Covered California said earlier this year that it would debut an online provider directory in time for open enrollment that would allow consumers to search physicians by name. But it’s not ready yet, Scullary says.

“This will be a valuable tool and it is important to get it right,” he says.

Choose the right health plan for your health status.

Emergencies can’t be predicted, but your advanced diabetes probably won’t go away.

“Do you go to the doctor a lot? Do you have medications you have to take on a regular basis? Do you have a chronic condition?” asks Maria Romero-Mora, director of programs for California Coverage & Health Initiatives.

If you do, the bronze plan probably isn’t wise, even though it comes with the cheapest monthly premium.

You may want to consider one of the silver, gold or platinum plans, which have higher premiums but lower co-pays for prescription drugs and medical care.

“The bronze plan is designed for people who might not have a lot of medical needs,” Zhang says. “It’s more of a safety net.”

The vast majority of Covered California customers receive tax credits based on their income. Those credits will increase as premiums rise and, all things being equal, absorb at least some of the rate hikes.

“The burden isn’t all going toward customers,” Zhang says. The government “is also picking up part of it.”

If you’ve accounted for the increase in tax credits, shopped around, done the math and still face a big rate hike, you may be tempted to drop coverage and pay the Obamacare tax penalty instead.

Before you do that, here’s one more equation for you to crunch: The basic penalty for not having health insurance next year will be $695 per adult (half of that for kids) or 2.5 percent of your adjusted household income, whichever is greater. “Whichever is greater” means a lot of money.