Malaysia up next in Duterte tour of ‘countries that matter’ 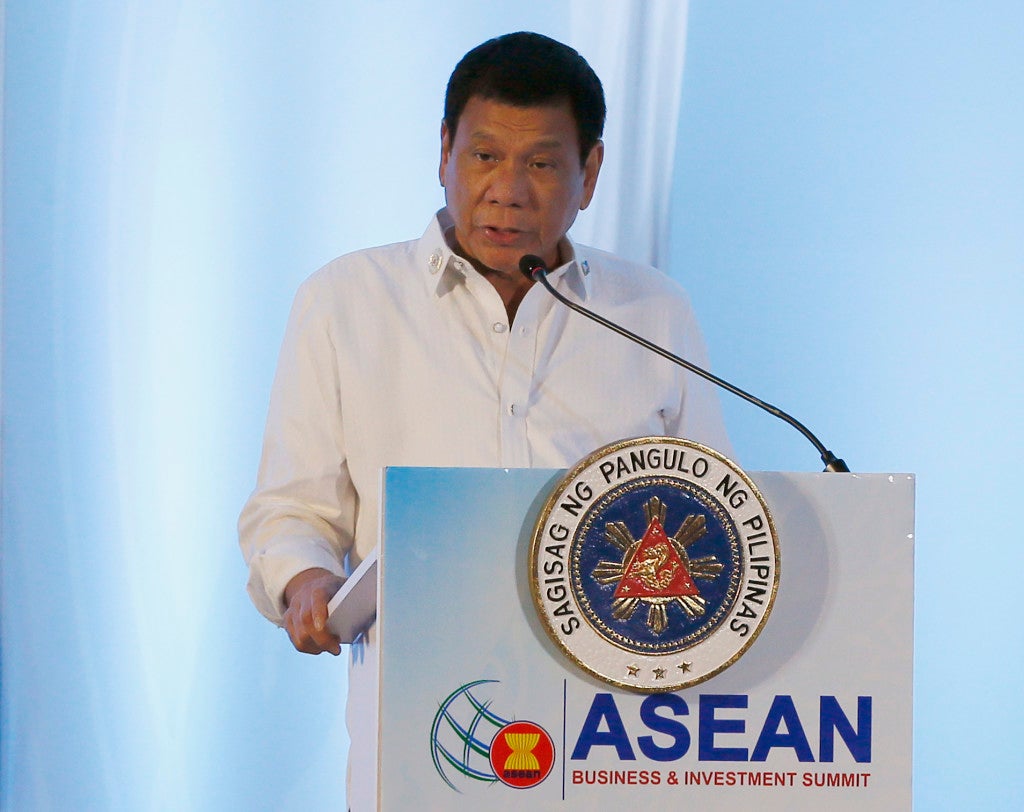 DAVAO CITY—After China, Brunei and Japan, President Rodrigo Duterte is now preparing for a state visit to Malaysia to talk about ways on how to end piracy along the Malacca Strait.

Duterte, who continued to rail against the US and other critics of his drug war, said he will complete his tour with a visit to Malaysia because this is one of the countries that mattered to him.

“That’s why, after this, I’m going to Malaysia to complete my tour because these are the only countries that matter to me,” Duterte said.

He said he looks forward to his talk with Malaysian Prime Minister Najib Razak, and again with Indonesian President Joko Widodo to do something about the piracy along the Malacca Strait.

“Malaysia because of the Malacca strait, there is this piracy going on every now and then. It is a high time to talk to (Indonesian President Joko) Widodo and probably (Malaysian Prime Minister) Najib (Razak), we have to do something about it,” he added.

Duterte hinted he will adopt a hardline stance in dealing with piracy – similar to the way he has been dealing with illegal drug.

“For Malaysia, I don’t know the standard but Indonesia, mga hardliner kami (we are hardliners) for anything that creates an outrage in a human being,” he said. IDL

Duterte treated like ‘a rockstar’ at Asean Summit, says Andanar