From Cotabato to US and, hopefully, back again 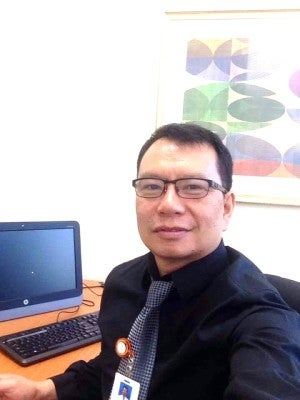 SAN FRANCISCO – There’s a chance that some textbooks read and studied by students of nursing in the US were written by a Filipino author. Who knew that a provincial boy from Bialong, M’lang, North Cotabato would help Americans have better eyesight and educate them too?

But the registered nurse and a doctor of nursing has humble roots, growing up in a rural Philippine village and later getting an education at Colegio de Kidapawan and Mindanao State University in Marawi. 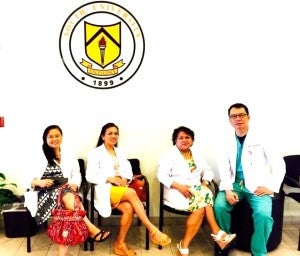 He grew up on a sugarcane farm in North Cotabato. During harvest seasons, his back ached from harvesting sugarcane and hauling these into trucks. He’d be soaking wet during the planting season, yet he was steadfast in working and helping his parents. At night, while resting from work, he would gaze upon the stars, wishing for a better life.

“My dream was to become a community physician in the Philippines. I took up ophthalmology as my specialty after passing the Philippine Medical Board Exam to be able to deliver eye care services to my province, as patients traveled to far cities for ophthalmological needs,” Coronica says.

He worked at the provincial hospital doing eye surgeries. He even took out personal loans to buy an operating microscope. His wife, Helen, was also a doctor in Mindanao. In the 1990s, the peace and order situation deteriorated. With a heavy heart, he decided immigrate with his family to the United States where there was a huge shortage of nurses at that time.

In 2006, the Coronicas came to the United States and eventually obtained citizenship. America, he says, is open to anyone who is willing to perform and share their best, that it does not discriminate based on color, race and religion. One just has to follow the immigration process.

In America, Coronica qualified as a nurse. He did not take the United States Medical Licensing Examination (USMLE) because of an “age and the graduation gap.” Thus, he opted to become family nurse specializing on ophthalmic nursing. Due to his qualification he only worked four days a week.

Age, however, did not stop him from improving himself. He earned an MA in Nursing at Drew University in California, and then a Doctor of Nursing Practice degree at Samford University in Alabama. 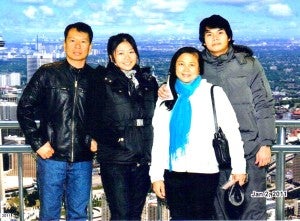 Rolly Coronica and his family. CONTRIBUTED

Volunteerism is inherent in most Filipinos. Coronica, having been a village doctor, helped plan and open the Vision Center Calvary Community Clinic in Tampa, Florida, before moving to the Department of Ophthalmology, Boston Veterans Administration Medical Center to work as Supervising Nursing Practitioner (NP) in the ophthalmology department in an advanced referral eye care center seeing to 80 to 100 patients per day. His wife and family remain in Florida, where he still teaches part-time.

Coronica oversees the flow of patients in the retina, cornea, uveitis, oculoplastic, strabismus, neuro-ophthalmology, glaucoma, cataracts and outpatient ambulatory surgical centers. He now teaches part-time. Aside from these, Coronica is a director for the National Certifying Board of Ophthalmic Registered Nurses.

In five years, Coronica would like to teach in universities in the Philippines to share the advances in nursing education. He believes nurses will take on expanded roles to answer to the health care needs of barangays. He also plans to share the latest trends and discoveries in diagnosing and treating eye conditions at an eye clinic in Cotabato.

For the aspiring nurses and physicians, take Dr. Coronica’s advice:

“Comply with the requirements. No shortcuts. Once here, you can pursue any nursing specialty, pursue MSN/NP or DNP/PhD. Learning and studying while working can be tedious. But just persevere and continue to work harder. The US provides an even, open field. You will win. For physicians who want to have the residency training here, apply and take the USMLE soonest.”