Educators: Is it West Philippine Sea or South China Sea? 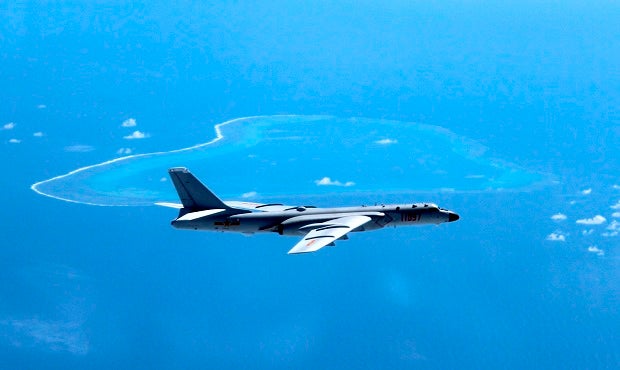 MANILA — Now that the Duterte administration has started building stronger ties with China, should teachers revert to calling the contested waters South China Sea or remain referring to it as the West Philippine Sea?

For education officials, it’s not important what students call the body of water where $5 trillion worth of goods pass annually, but how much teachers are able to inculcate in the youth love of country.

“There are certain basics. [One is] the truth, another I think which will underpin the specifics that will change possibly because of political winds is real love of country,” Commission on Higher Education (CHEd) Chair Patricia Licuanan said on Wednesday when asked of how teachers should approach the South China Sea issue.

Licuanan added: “I hope that the product of our educational system will love his or her country.”

Last week, President Duterte made his first state visit to China in a bid to build stronger ties with Asia’s largest economy, which was strained because of the Philippines’ assertion of its rights over the West Philippine Sea under international law. The Aquino administration started using the term West Philippine Sea in 2012 to bolster its claims to the Kalayaan Island Group and Bajo de Masinloc, two islands within the country’s exclusive economic zone.

In July, the United Nations Arbitral Tribunal in The Hague ruled in favor of Manila, and dismissed Beijing’s “nine-dash line” as invalid.

“The Tribunal concluded that there was no legal basis for China to claim historic rights to resources within the sea areas falling within the ‘nine-dash line,” the Tribunal said in its statement.

Contrary to his predecessor’s stand, Mr. Duterte took a much friendlier stance toward China and set aside the ruling. At one point, Mr. Duterte even said that “China has the historical right,” which it has been “insisting” on.

Asked on her agency’s advise to history teachers on the issue, Education Secretary Leonor Briones said that their basis should be the Tribunal’s decision.

She added: “We have to be faithful to the truth. The bottom line is what is the truth? Because that is what we are going to teach our learners and our young people.”  SFM