Poe calls for transparency amid gov’t deal with Chinese firms 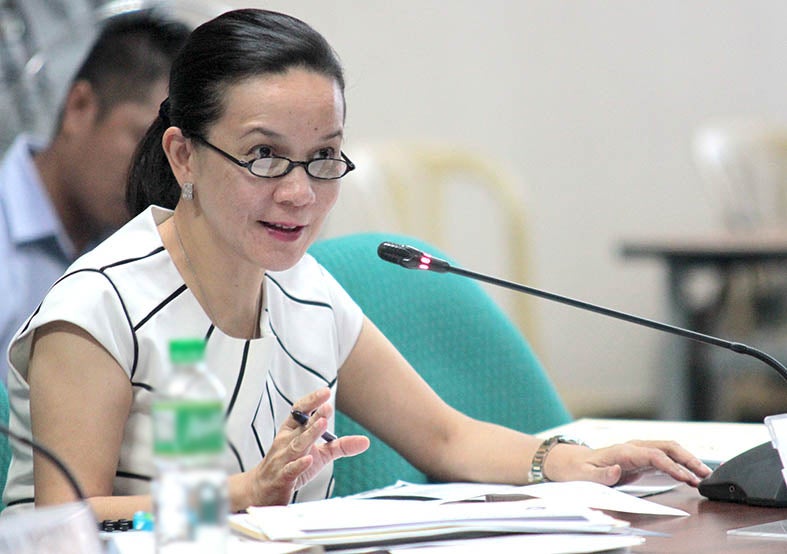 In what may well test President Rodrigo Duterte’s freedom of information (FOI) directive in the executive branch, Sen. Grace Poe on Wednesday said the public “can and should” demand government’s transparency on state-funded projects tapping Chinese firms with a history of fraud.

Poe, chair of the Senate committee on public services which handles transportation concerns, said corruption allegations were “red flags” that should caution government in dealing with the firms, and that contracts should be reviewed before being finalized.

“In all cases where the use of public funds is involved, the principles of transparency and accountability should be upheld. Allegations of corruption by contractors are red flags that should caution us in our dealings with them,” Poe said in a statement.

“It is imperative that all infrastructure project contracts being contemplated by the government should be scrutinized before they are consummated, to ensure that they are not disadvantageous to the country,” she said.

Poe, chiefly behind the push for an FOI law to cover the entire bureaucracy, said the public may seek information about the fishy contracts with Chinese firms already banned by the World Bank for fraudulent practices and those involved in reclamation activities in the South China Sea, where Beijing and Manila have an unresolved dispute.

“Executive Order No. 2 on Freedom of Information includes in its definition of ‘information,’ any contract in connection with the government. With this, we can and should demand for transparency from the DPWH and require them to upload this on their website,” Poe said.

“Ultimately, the Filipino taxpayers will have to shoulder the contractual obligations undertaken by government. Hence, it is only fair that we give the people the opportunity to look into the details of these contracts prior to their consummation,” she said.

“We have our own laws and procedures that any company, whether foreign or local, should adhere to. These laws and procedures are designed to stop corruption and promote transparency. These foreign companies should make sure they follow our laws to the letter when they conduct business in our country,” he said.

Subsidiaries of the China Communication Construction Co. (CCCC), a firm sanctioned by the World Bank for fraudulent practices in 2011, are known to have been contracted for major infrastructure projects under the Duterte administration.

These include the China Road and Bridge Corp. (CRBC), which itself has been barred from participating in WB contracts since 2009 for the questionable bidding of a roads improvement project in the Philippines.

Also in the Philippine contracts are the China Harbour Engineering Co. Ltd. and CCCC Dredging Co., which are said to be involved in reclamation activities in the South China Sea.