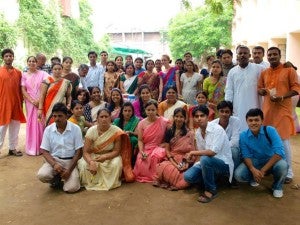 SAN FRANCISCO — “My name is Avery Cefre and I have traveled to 22 countries in five years.”

When most young professionals are jotting down their bucket lists and thinking about their next adventures and possible visa problems, Avery Randall Cefre, 30, has “been there, done that.” And he’s still going “there” and “doing that” – in New York this time.

A sociology graduate of the University of the Philippines, Los Banos, Avery walks past the posh stores and offices in Brooklyn, coffee and iPhone in hand like millions of Americans on their way to their offices.

Back in the Philippines, Avery was already used to fast-paced life. He was an all-around assistant to an American and Philippine-based commercial photographer. After a while he was moved to a marketing position in a job portal startup.

In 2010, Avery was given an opportunity to work in Tanzania. The compensation package included free housing, a car service and free flights. In Tanzania, he worked on national productions such as seasonal reality shows and upcoming celebrities. Despite the pay and perks, Avery decided to take a break and do volunteer work.

In August 2012, he traveled to Dhampur, Uttar Pradesh, India to volunteer as a creative educator in a primary school. He handled classes, facilitated conversational English and taught literature and photography. His knowledge of photography from his previous jobs made his volunteering more fruitful. He spearheaded a class project on portraiture for kids and headed the exhibition and mounting of their works.

After four months in India, Avery moved to Lagos, Nigeria as a consultant for a boutique public relations agency based in Lagos. The agency catered largely to the government sector and corporate social responsibility projects. Avery worked on the entire concept for the TV commercial of Nikon,  which was aired all over Africa. He was in charge of localizing global and regional campaigns for the cameras. 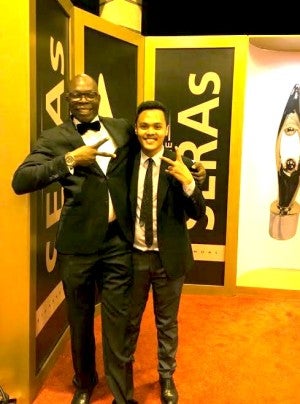 Avery with his former boss in Lagos, Nigeria. CONTRIBUTED

Having been to many countries, Avery found out that Filipinos can easily blend wherever they go. He has had encounters where people asked him if he was Mexican or even Indian, but he never experienced prejudice until he moved to America. He had been to so-called dangerous countries like Guatemala, Brazil and Nigeria. His thirst for travel and meeting new people seemed boundless.

“Many countries in Central America have always been open to visitors, which made me develop the serious enthusiasm of visiting a new country,” Avery enthuses.

While traveling throughout Central America in 2015, immigration officers would check his passport thoroughly because they had never seen a Filipino passport. Thus, he encourages more Filipinos to travel to “unbeaten paths” because there is more to see in in the Americas and Africa than the popular destinations in US or Europe.

Avery says many Filipinos are the front-liners in Duty Free shops or in food stores at the airport in Dubai and other countries that are usual destinations of OFWs. “I think with the meager wages and the less accessibility of people to opportunities back home, they would take whatever comes their way. There are also lot of engineers and nurses too which I have had an interaction with in other countries,” Avery says.

He also believes that Filipinos are preferred by multinationals because they are “less whiney,” more flexible and efficient. But unfortunately, Filipinos also accept lesser pay than Caucasians or first-world counterparts.

In the winter of 2015, Avery made the life-changing decision to move to New York. The move made him more flexible and receptive to the transition in his life. It has widened his perspective, he says, but he laments that establishing heartfelt and meaningful friendships is rather daunting. He still holds a tourist visa but is now in the process of converting it to work visa. He still does consultancy for the PR agency based in Lagos, Nigeria.

“The fast-paced lifestyle seems to translate to a quick turnaround in the friendships forged. Everyone’s schedule changes abruptly, and before you realize what is happening, you are planted in a new circle of people again, where fresh connections would need to be established,” Avery says.

“I think the American Dream is a process. I am currently fulfilling this dream of living as a New Yorker and that itself is already a dream itself. Living in New York is always very colorful. Being able to experience things firsthand is already an accomplishment for me,” Avery explains. 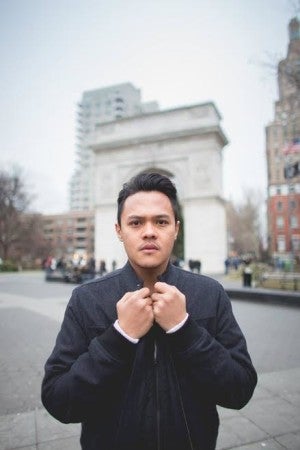 There are downsides, however. “I never experienced discrimination anywhere until last week in Brooklyn. Perhaps it was triggered by the presidential election. Some older white conservative Americans think that they own the US and some of them think that when Donald Trump wins, he would deport most immigrants here or be more restrictive in allowing other nationalities to come in,” Avery says.

Still he has no regrets about his wanderings, which he recommends to young people who want to learn more about the world they live in.

“If you want to achieve something, start working on it. Just saying things and not doing them is already a hindrance to experiencing things beyond what you can imagine,” Avery advises.

“I am always a risk-taker. I received objections from friends and my family about my move from the Philippines to Tanzania and leaving that comfortable expatriate life in Nigeria. But I knew that if I did not listen to my gut, I would not be where I am right now.”