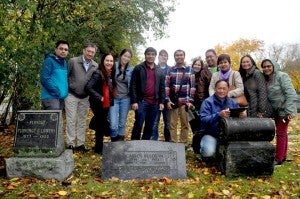 Binalonan is the hometown of the famous writer and poet Carlos Bulosan, and the delegation journeyed to the Seattle area to forge ties with the large Bulosan fan base and collect materials and ideas for their own Bulosan museum in Binalonan.

Seattle in King County has its own Bulosan museum in the International District. The city is also the home of Bulosan’s archives at the University of Washington.

The 12-person delegation was headed by the Mayor of Binalonan Ramon Guico III and Vice Mayor Melicio Patague. The group included two other councilmembers, family members, the President of the Character Education Partnership Mann Rentoy and Chairman of Binalonan’s Department of Character Formation Leo Arnaiz.

Bulosan spent many years in Seattle as part of the Alaska Cannery Workers Union, Local 37 of the International Longshore and Warehouse Union, as part of the US labor movement that organized Filipinos and other people of color and developed other well-known labor leaders such as Chris Mensalves Sr. and Larry Itliong. Bulosan was the writer for the union and authored the 1951 Local 37 yearbook.

Bulosan’s famous book, America Is in the Heart, is the most popular book of the University of Washington’s Press since its first UW publication in 1973. (The book was first published in 1946 by another publisher.) A semi-autobiographical work, Bulosan’s novel is one of the earliest published books that presented the difficult experiences of Filipinos who began to immigrate to the US in the 1910’s. Today, America is in the Heart is the premier text for college Filipino American history courses. 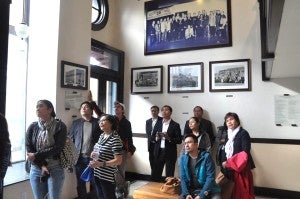 Conor Casey, archivist at UW Library’s Special Collection, spent two hours showing the delegation the entire Bulosan collection in the library’s possession. This collection contains original manuscripts and poems and includes a copy of Bulosan’s “Freedom from Want,” published in 1943 in the Saturday Evening Post Magazine.

Bulosan was chosen by the editors after President Franklin D. Roosevelt stated in his January 1941 State of the Nation address to Congress, “In the future days, which we seek to make secure, we look forward to a world founded upon four essential human freedoms.” Roosevelt was referring to freedom of speech, freedom of religion, freedom from fear and freedom from want. Each freedom was featured in the Saturday Evening Post, a nationwide weekly.

The UW’s archive is known to be the largest collection of Bulosan’s original manuscripts and papers. Filipino UW Professor’s Rick Bonus and Vicente Rafael both toured the delegation around the campus before their visit to the archives. 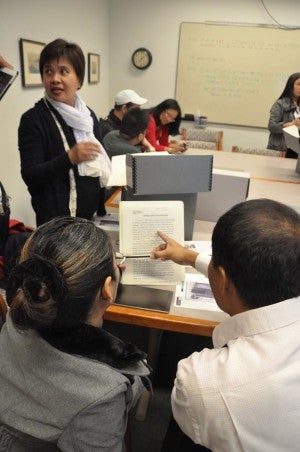 The two-day visit ended with a dinner at the Filipino Community Center where other community members could meet the delegation. Members of the delegation promised to return in the near future to continue collecting materials and ideas for the Bulosan museum in Binalonan, which is scheduled to open in 2018.