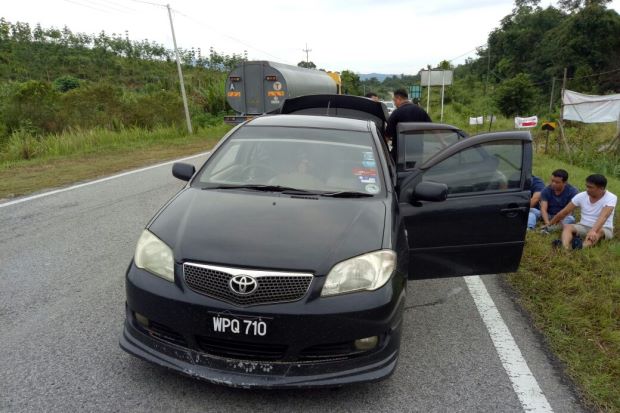 MIRI, Malaysia—Police busted a gang of suspected robbers after a 200km high-speed chase spanning three districts – from central Sarikei district to Kanowit and Sri Aman in the south.

Four Filipino men were arrested after they had snatched more than RM 11,000 (about P127,000) in cash and handphones from a shop in Sarikei at about 1.30pm on Thursday.

Sarawak CID chief Datuk Dev Kumar said quick thinking and good coordination between the police of the three districts led to the arrest of the gang at a highway near Sri Aman town at 3.45pm.

“The coordination was done via the police WhatsApp group which led to the successful arrests.

“This is the first time such a Filipino gang was found operating in the state and we believe they are just starting on their crime activities,” he said.

The four suspects have valid travel documents entering Sarawak as visitors, he added.

The suspects will be remanded pending further investigations.