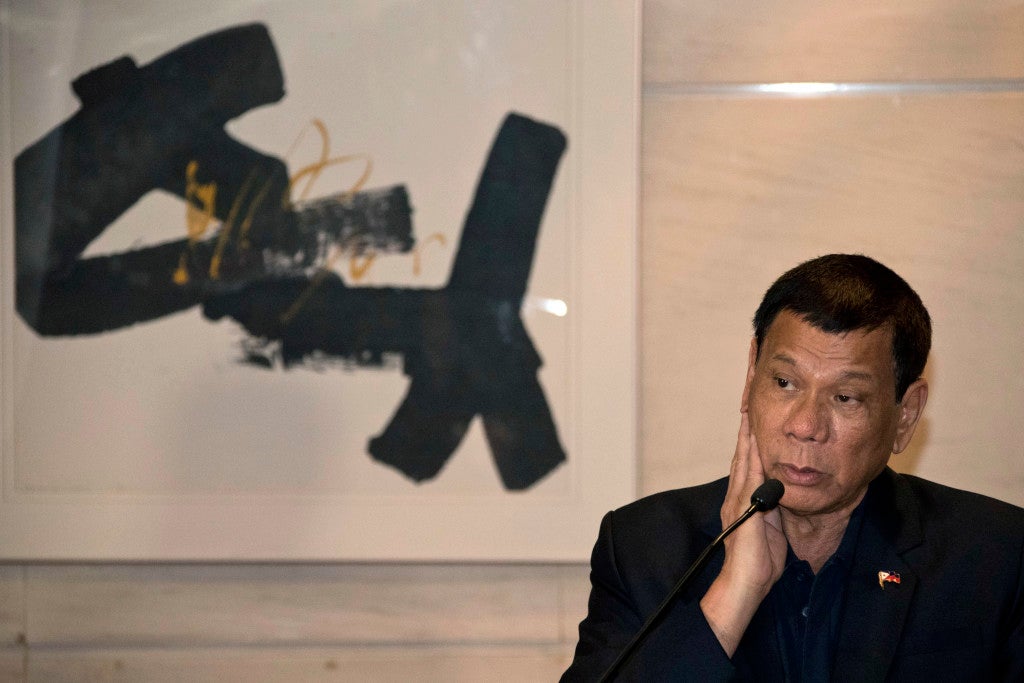 An alliance of militant groups challenged President Rodrigo Duterte to formally terminate military treaties of the Philippines with the United States as it welcomed the President’s decision to cut military and economic ties with America.

“If indeed the President is serious, he will formally transmit a letter to the US embassy notifying it of the termination of the the Visiting Forces Agreement (VFA), the Enhanced Defense Cooperation Agreement (EDCA) and the Mutual Defense Treaty (MDT),” Bagong Alyansang Makabayan (Bayan) Secretary General Renato Reyes Jr. said in a statement on Friday.

Reyes said the Philippines should demand indemnification from the US for the “sufferings and wastes caused by its former military bases.”

Bayan is also calling on the Duterte to end “unequal economic pacts” with the US, adding that negotiations for new free trade agreements should no longer be pursued.

“All aspects of US imperialist domination should be removed,” Reyes said.

While in China, Duterte on Thursday made a surprise announcement that the Philippines would cut ties with the US in a speech before an investment conference in Beijing.

“In this venue, I announce my separation from the United States, both in military… not in the social… both in military [and] economics,” the President said. His pronouncement was met with applause from the crowd.

Reyes said developing relations with China and Russia should be based on the national interest, “free from lopsided provisions and unjust impositions.”

He said Philippines should maintain its sovereignty and valid claims over the West Philippine Sea, stressing that China should not impose its nine-dash line claim as a starting point in bilateral talks.

“The Philippines is right to assert independence from the US. However, we cannot simply jump from one imperialist lap to another. We are aware of the geopolitical interests of China and Russia vis-a-vis the US. China and Russia have long been capitalist powers that have come into contradiction with the US,” he said.

“The goal of asserting sovereignty should be charting our own path for national development, achieving self-reliance and lessening dependence on external factors. Any new relations must support genuine industrialization and not perpetuate our history of economic dependence. Foreign policy must serve domestic policy. It must serve the needs of the Filipino people,” Reyes added. IDL/rga