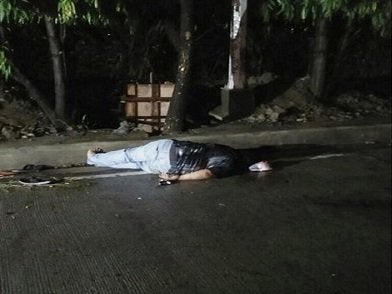 CAMP OLIVAS, Pampanga — A suspected drug pusher was killed while 26 others, including a 16-year-old Lebanese national, were arrested in separate police operations conducted in the Central Luzon region on Oct. 18.

Cristino Junio Jr., also known as Pindoy, died following a shootout with the Marilao police in Bulacan in Barangay (village) Loma de Gato following a buy-bust. Junio, 28, was identified as a tattoo artist. Two men with him were cornered and detained.

In the City of San Jose del Monte, also in Bulacan, eight men and two women fell into the police’s hands in buy-busts in Barangay San Pedro.

The police in Olongapo City nabbed four men and three women in a buy-bust in Barangay Sta. Rita.

The Angeles City police apprehended three men and a Lebanese teenager in buy-busts in Barangays Ninoy Aquino and Sto. Cristo, yielding three bricks of marijuana worth P3.3 million and eight sachets of shabu.

The police in Candaba, Pampanga reported the arrest of a suspect ranked as seventh on the list of drug suspects in the town.

A total of 60,734 drug users and 3,485 drug pushers in Aurora, Bataan, Bulacan, Nueva Ecija, Pampanga, Tarlac and Zambales have surrendered to authorities since July 1.

He said the 2,339 anti-drug operations that were conducted throughout the region have resulted in the arrest of 2,390 drug pushers and 1,077 drug users. As many as 283 people were killed.

Aquino had reassigned 100 Central Luzon policemen to Mindanao due to their alleged involvement in illegal drugs.  SFM