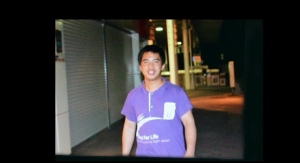 A Filipino trainee in Japan has died of overwork, the second case of “karoshi,” or death due to overwork, involving a foreigner in the country.

The Gifu Labor Standard Inspection Office of the Japan Labor Ministry disclosed that Joey Tocnang, a 27-year-old trainee of casting company Takahashi Chuzo-jo, logged in 78.5 to 122.5 hours of overtime per month before his death. He died of heart failure inside his dorm in April 2014, just three months short of his return to the Philippines, Asahi Shimbun reported.

Tocnang traveled to Japan in August 2011, hoping to provide a better future for his wife, Remy, 28, and his 5-year-old daughter, Gwyneth.

As an employee in Gifu Prefecture , he was assigned to cut steel and paint chemicals to a mold. Despite his tremendous excess hours of labor, he was only paid the minimum salary, a clear violation of Japan’s labor laws.

Following his death, Tocnang’s relatives were requested to claim worker’s compensation. Remy applied for compensation by submitting a copy of their marriage certificate and other documents.

In a report by Japan Times, Tocnang’s employer overworked two other Filipinos and a Japanese employee.

Japan commenced the training program in 1993, which aimed to train workers from developing nations and equip them with cutting-edge skills under the supervision of Japanese firms. Under the agreement, workers can stay in Japan for a maximum of three years. Due to cases of exploitation and cheap labor, a notable number of international labor groups have denounced the program.

The first case of karoshi involving a foreigner occurred in 2008 when Jiang Xiaodong, a Chinese trainee who worked at a metal processing company, died of cardiac arrest in Ibaraki Prefecture.  Gianna Francesca Catolico