PH a ‘friend to all nations,’ says Pimentel 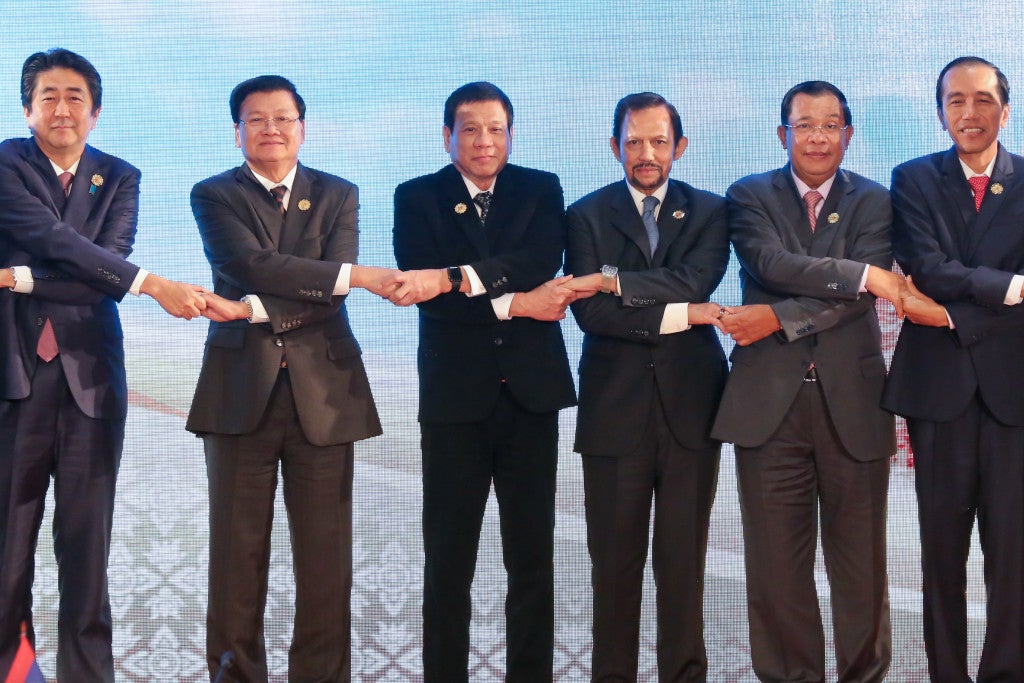 President Rodrigo R. Duterte joins other ASEAN heads of states, holding hands as a symbol of unity, during the second day of the ASEAN Summit. KING RODRIGUEZ/PPD/FILE PHOTO

MANILA, Philippines — Senate President Aquilino “Koko” Pimentel said Wednesday that President Duterte’s recent statements against the United States were only meant to emphasize his pursuit of an independent foreign policy, not a way to pick a fight with the superpower.

Pimentel made the statement when asked of his stand on Mr. Duterte’s pronouncements seemingly meant to distance the Philippines from its long-time ally, including a declaration to cease long-standing joint military training and a withdrawal from joint sea patrols.

“I believe that the President has been saying these things just as part of the emphasis on independent foreign policy. At this stage in our life as a nation, we should realize that there are other powers, other points of view other than the American point of view, which we should open ourselves to,” Pimentel told reporters  Wednesday.

“If we do not accept that or realize that, we could not have an independent foreign policy because we will always toe the American line. That is the point,” he said.

Asked if opening up to other nations necessarily entails breaking ties with the US, Pimentel said: “Let the Philippines be a friend to all nations.”
“He has said he is not angry [at the US], and that is true. He just emphasizes our need and his desire for us to pursue an independent foreign policy,” he said.

“We are too close by the navel to that of the Americans. He’s showing it’s time to move back,” he said.

Pimentel said it was unlikely that the Philippines and the US would figure in a scuffle.

“Ultimately, we are not going to fight. It is impossible to fight because our ties with the US is people to people,” he said.

In a separate interview, Senate President Pro-Tempore Franklin Drilon said “it is to our national interest” to maintain ties with the US, the country’s biggest defense partner.