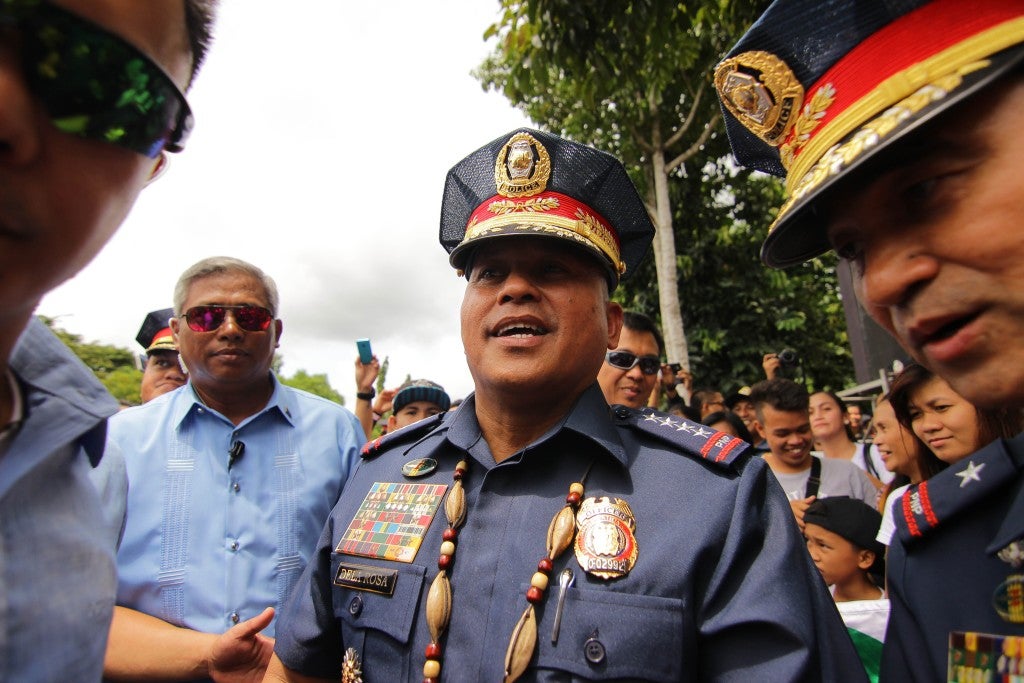 “I would like to inform you that all other chiefs of police na kasama ko doon, mostly coming from the Asean countries, they are all very happy with what we are doing right now,” Dela Rosa said in a press conference at Camp Crame.

Dela Rosa said even the Indonesian police wants to model its anti-drug campaign with that of the Philippines, particularly the PNP’s “Oplan Tokhang,” where policemen knock on the doors of drug personalities and ask them to change their ways.

“Like in Indonesia, the (Indonesian police commissioner) is being pressured by the people to copy what the Philippines is doing right now in our war on drugs particularly Oplan Tokhang. He told me that all other countries say they are congratulating us for what we are doing,” Dela Rosa said.

Dela Rosa flew to Thailand last October 12 to attend the anniversary of the Royal Thai Police. He returned to the Philippines last Sunday.

There, Dela Rosa discussed with Police General Chakthip Chaijinda, Commissioner General of the Royal Thai Police, the experience of Thailand in its harsh policy against drug offenders during the time of former Thai Prime Minister Thaksin Shinawatra.

(He said that during the time of Prime Minister Thaksin Shinawatra, the campaign against drugs was good. The rate of crime went down.)

Like Dela Rosa, he said the Thai national police chief shares his view that crimes are related to drugs, and that solving the drug problem could significantly reduce criminality.

(Their campaign against drugs was great back then. When their administration changed, the policy against drugs also changed. So in Thaksin’s time, there were good results and they are very happy to inform us that they had positive outcomes from their campaign.)

Early 2003, Shinawatra waged a hardline war on drugs after promising to solve the drug menace in three months. For the first three months, almost 3,000 people were killed. The bloody drug war in Thailand also led to prison congestion while reports of human rights abuses increased. JE