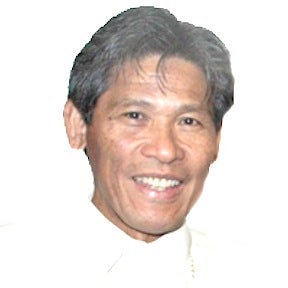 SAN FRANCISCO — Thirty-three activist/authors began their professional lives in non-governmental organizations (NGOs) housed in one building called Susana in Davao. Now, a book is trying to share their stories to millennials, who have little experience of the martial law era (1972 to 1986).

The book, O, Susana! Untold Stories of Martial Law in Davao, Edited by Macario D. Tiu, revisits these activists’ experiences during a time when extrajudicial killings were institutionalized, snuffing the lives of thousands of Filipinos.

Marilen Abesamis and Daz Lamparas, contributors to the book, will share their own stories at a reading on Saturday, Oct. 15, 3 to 4:30 p.m. at SEIU Union Hall, Entrance at 350 Kansas Street, corner 16th Street, San Francisco.

Marilen Abesamis is a Bodytalk practitioner who lives in Davao City and Fort Lauderdale, Florida. She was a longtime anti-dictatorship activist from the 1980s to the 1990s, both in the U.S. and in the Philippines.

Daz Lamparas served as director of the Labor Project of the Mindanao Development Center of Concern from 1974 to 1984 and was involved in union organizing and educating workers in banana plantations and tobacco, lumber and plywood factories. In 1978, he was arrested and detained due to his labor work. He is currently the San Francisco Chapter president of the Asian Pacific American Alliance (APALA), a national organization of Asian Pacific Islander (API) union members affiliated with the American Federation of Labor-Congress of Industrial Organizations (AFL-CIO). He lives in San Francisco.

The event includes a reading from another book, Women Against Marcos: Stories of Filipino and Filipino American Women Who Fought a Dictator, by Mila De Guzman.

In the book, seven women activists relate their personal stories about their participation in the movement against the Marcos dictatorship. Women Against Marcos “is a tribute to their courage, sacrifices and continuing commitment to social justice.” Author Mila De Guzman will read excerpts from the book. She is a freelance writer and former anti-Marcos dictatorship activist in the U.S. She continues to participate in the movement to memorialize the martial law years and ensure a dictatorship-free Philippines.

Street parking available or #22 bus from 16th and Mission, towards Potrero Hill.