What we should know about teen suicide 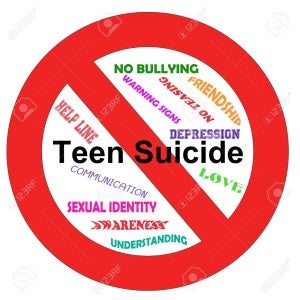 “In 2010 I was severely depressed, suicidal, and feeling like a failure at life, so I tried to kill myself – obviously I was a failure at that too, thankfully,” wrote Kathryn Hollander-Kidder, a teenager at that time. Was Kathryn’s survival upon a first attempt at suicide typical?

Studies reveal that 60 percent of the completed suicides are successful on the first attempt; that the duration between suicidal thought and attempt is usually only about 10 minutes. This is why we cannot identify those who will commit suicide in the near future – we can only identify those with highest risk for potential suicide.

Studies suggest that suicide is rare in the very young; it occurs with increasing frequency as adolescence advances, the second leading cause of death among teens or 15–29-year-olds globally in 2012. It is more frequent among the aged, in men, and among the single, isolated and widowed. It is one of the ten leading causes of death in most industrial countries.

Why did Kathryn attempt suicide knowing she had but one life to live? The answers could be varied as the cobblestones. One may simply call it stupidity while others may philosophically cite it as an ultimate challenge to God, or merely succumbing to physio-psychsocial issues.

Transient thoughts of death and dying are universal, and thoughts of self-destruction are frequent. How much control do we have over suicide is the sixty-four-thousand-dollar question.

Mental health experts have long suspected that depression is the plinth to the cask of causing suicide. Depression is a state of despondency characterized by feelings of inadequacy, lowered activity, and pessimism about the future, which could be “typical” in normal individuals.

Endogenous depression according to Fred Worshofsky, is “often hereditary; the suicide risk is greatest.” The late Dr. Ian Skottowe of England’s Wessex Regional School of Psychiatry explained, “It is quite especially morbid, not a mere intensification of normal experience.”

Two origins of endogenous depression are identified–predisposed and psychogenetic. Predisposed depression is both physiological and psychological such as loss of appetite, weight, virility, sleep. Psychogenic depression on the other hand is usually caused by emotional or environmental factors where one often prompts a cry for help.

Exogenous depression is firmly rooted in trauma. Studies revealed that traumatic events could have consequences affecting subtly, or indelicately, feelings or behaviors; exactly what those consequences entail is sometimes necessarily not understood. Studies suggest that while the link between suicide and mental disorders is well established in high-income countries, many suicides happen impulsively in moments of crisis with a breakdown in the ability to deal with life stresses, such as financial problems, relationship break-up or chronic pain and illness. 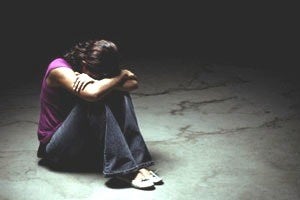 Dr. Erwin Ringel, a Viennese psychiatrist and the founder of the International Association for Suicide Prevention, estimates that more than half the people (no estimate given for teens) who commit suicide contact a doctor before the attempt. “It is clear, that this is done in the hope that the doctor will stop them,” reported Ringel.

Dr. Igor Galynker, a contemporary expert on suicide prediction warned, “Sixty percent of the completed suicides are successful on the first attempt. We can identify those individuals with highest risk for potential suicide, but we cannot identify those who will commit suicide in the near future. In part, this is because the duration between the suicidal thought and attempt is usually only about 10 minutes.”

There are myriad misconceptions relating to suicide, according to Dr. Barry N. Feldman, a prevention expert and currently director of psychiatric programs in public safety at the University of Massachusetts Medical School. “Neither bullying, pressure to succeed in sports or academics, nor minority sexual orientation can cause suicide, but are among a number of possible risk factors. If you focus too much on just bullying or sexual orientation, you take your eye off the underlying vulnerability a kid may have,” said Feldman.

Suicide is typically caused by a constellation of risk factors and underlying vulnerabilities. “It is an attempt to solve a problem of intense pain with impaired problem-solving skills,” again according to Dr. Feldman who proposed the acronym FACTS as a tool to outline the warning signs for teenage suicide: Feelings (helplessness, hopelessness); Actions (drug or alcohol abuse); Changes (in personality); Threats); Situations (getting into trouble).

Attempts at teen suicide prevention are not new. Suicide prevention centers, run mostly by ministers and laypersons with sympathetic ears, have been functioning in many countries for some years.

Suicide is one of the priority conditions in the WHO Mental Health Gap Action Programme (mhGAP) launched in 2008, which provides evidence-based technical guidance to scale up service provision and care in countries for mental, neurological and substance use disorders.

In the WHO Mental Health Action Plan 2013-2020, WHO Member States have committed themselves to working towards the global target of reducing the suicide rate in countries by 10 percent by 2020. Would the Mental Health Reform Act of 2016 make much difference?

Dr. Aggie Carson-Arenas is a specialist in Clinical Psychology and a Behavior Analyst Specialist in Nevada, educator, researcher, clinician, consultant and a published author. E-mail at [email protected]).

Bianca King to move to Australia?