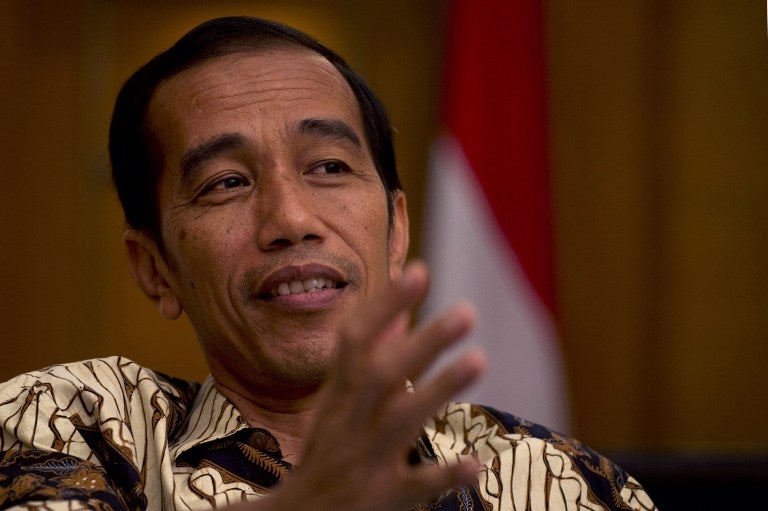 INDONESIAN President Jokowi Widodo on Tuesday stood by his account of his conversation with President Rodrigo Duterte on the fate of Filipina drug convict Mary Jane Veloso, saying the message of his Philippine counterpart was clear.

“Well, President Duterte said to go ahead, process it in accordance with Indonesian law, well that’s it … the meaning of that is clear, what I have said yesterday,” Widodo was quoted as saying in the transcript.

“So I see that Duterte has very high consistency in regards to the eradication of narcotics. There is no tolerance, so he said that he respected the legal process in Indonesia. The meaning of that is clear,” he added, referring to Duterte’s tough stance and the Philippine government’s relentless war on drugs.

Widodo on Monday said Duterte gave the “go ahead” on the execution of Veloso, who remains on death row for drug smuggling in Indonesia.

Asked if he thought Duterte’s statement meant “giving you permission,” Widodo replied: “Well the legal process here is clear – why do you keep asking me to explain it?”

Duterte on Tuesday said he only told Widodo that “we will respect the judgment of your courts,” but added that “it would have been a bad taste in the mouth to be talking about having a strong posture against drugs, and here you are begging for something.”

According to the Jakarta Post, one of the first publications that reported Widodo’s earlier comments, the Indonesian president made his latest statement to reporters on Tuesday after the inauguration of the New Priok Container Terminal One.

“I see consistency from Duterte in the battle against drug trafficking. Zero tolerance [for drug dealers], so he said that he respects the Indonesian legal process. It is obvious,” Widodo said as quoted by The Jakarta Post.

But Widodo said the Indonesian government will respect court processes in the Philippines on the case of Veloso, who was spared the firing squad last year after her alleged trafficker surfaced back home and admitted duping her into smuggling drugs.

“But we’re also going to see that we highly respect the legal process that is ongoing in the Philippines, because they are going through that process there,” Widodo said.