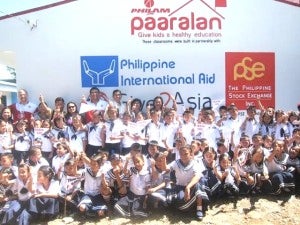 LOS ANGELES — When San Francisco-based non-profit Philippine International Aid (PIA) first began in 1986, it was focused on providing funds to three projects in the Philippines, including a rehabilitation center for child prostitutes.

“At that time, I was aghast to even learn that we had child prostitutes,” said Mona Lisa Yuchengco, founder and chair of PIA.

Following this new knowledge, Yuchengco decided that in addition to funding the rehab center, she would work with nuns at a non-profit dedicated to helping the poor, Caritas Manila, to create a scholarship program called Off the Streets – Off to School. It wasn’t one that would be based on academics, but rather purely on the youths’ desire to go to school.

“Most of the kids that were being taken by the pedophiles were street kids. They were just loitering around. So this was one way to get them off the streets–put them in schools where they really belong,” Yuchengco said. 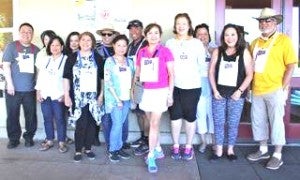 Three decades later, the scholarship program is the primary focus of Philippine International Aid. Solely through the fund, PIA is able to send approximately 1,000 students to school each year.

Altogether, the non-profit currently provides assistance to about 2,500 kids annually through partnerships with several NGOs such as End Child Prostitution; Child Pornography and Trafficking in Children for Sexual Purposes (ECPAT); and People’s Recovery, Empowerment Development Assistance Foundation (PREDA); Alay Kapwa; Catholic Ministry to Deaf People and the Davao School for the Blind, to name a few.  Through these partnerships, disadvantaged children outside of Manila – sexually abused, trafficked, disabled and indigenous children like Aetas and T’bolis, for example— can receive educational assistance.

Since the scholarship program was created in 1987, PIA has helped more than 50,000 Philippine children go to school. And as the organization celebrates its 30th anniversary this year, Yuchengco hopes it will continue fulfilling its mission for many years to come by obtaining more stable funding sources and attracting younger Filipino Americans to participate in PIA.

When PIA was first founded in the mid-1980s, it coincided with the end of the People Power Revolution

“Like millions of other Filipinos, I was euphoric about the event happening in the Philippines. For the longest time, we didn’t think we could get rid of a dictator,” she said.

Back then, Yuchengco had been residing in the United States for four years, but she still desired to give back to her home country.

As someone still relatively new to the United States at the time, Yuchengco reached out to former classmates and officemates across the country so that they could collectively give back to the Philippines through the organization. 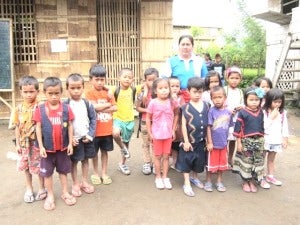 “I remember the first time I raised money right after the People Power [Revolution]. Everyone was so generous. But the year after, people had forgotten about it already and they were not as open with their wallets. Then I really needed to schedule regular fundraisers that people [could] go to,” she said.

Scholarships for Fil-Am youth too

Today, the organization receives donations primarily from individual donors – namely Filipino Americans – though it also receives some from a few corporations. Each year, it holds one main fundraising event, typically a fashion show, which normally raises approximately $100,000.

For every $150 PIA receives each year — an amount equivalent to 40 cents per day — it is able to send one child in the Philippines to school for one year. That amount covers the cost of books and uniforms, school supplies, meals and transportation allowances, among other things.

But with 100 percent of the donations coming from people residing in the United States and most of the money going to the Philippines, Yuchengco said the organization wanted to help struggling Filipino Americans obtain an education as well.

“Most of our donors have very close ties to the Philippines and that’s how they’re able to give. But we thought, ‘Well, let’s give part of it back to Fil-Am kids,’” she said.

In response to that idea, about five years ago, PIA established a fund specifically for Fil-Am students residing in California. Like Off the Streets – Off to School, the US program is not primarily based on academic excellence but is meant to help get kids into college. The applicant must be at least 25 percent Filipino and can show a financial situation that makes it difficult to attend college.

About five to six students are awarded this scholarship every year.

In celebration of its 30th year, PIA has planned and hosted fundraisers scheduled throughout the year.

A golf tournament in June and movie screening in August collectively brought in $17,000. On Oct. 2, its main event – a concert featuring Martin and Robin Nievera – is projected to raise $100,000.

A pilgrimage set for the end of October through early November is expected to bring in around $10,000, which will be used to continue funding the organization’s programs. 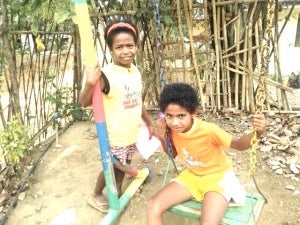 Although it has survived for 30 years on the generosity of the participating members of the Filipino American community, Yuchengco says PIA must secure a more stable funding base as time goes on.

Up until recently, the organization had been entirely volunteer-based. Then five years ago, it was able to hire a paid part-time staffer.

Still, it depends heavily on unpaid volunteers. And as many of its members are in their 60s, Yuchengco says she hopes today’s generation can get involved in the work that PIA does, as well as that of others in the Filipino American community.

“I’d like to be able to find other people with the same sentiment and passion, who can continue the work. Not only my work, but the work of all the other community activists now, who are all retiring. We need to get more young people to carry the torch for the community,” she said.