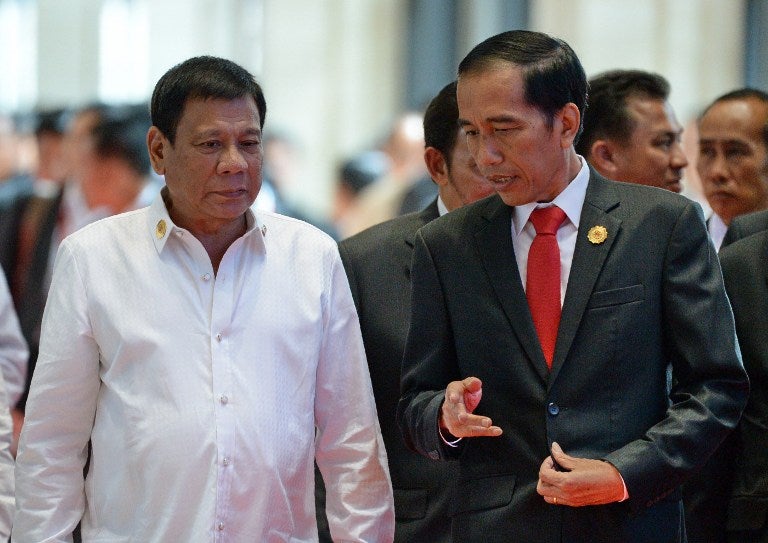 President Rodrigo Duterte listens to Indonesia’s President Joko Widodo while heading for a plenary session during the Association of Southeast Asian Nations (Asean) summit in Vientiane on Sept. 6. AFP

President Rodrigo Duterte and Indonesian counterpart Joko Widodo on Friday signed an agreement which would allow the Indonesian coast guard to chase and arrest pirates in the high seas that go into the country’s sea territories.

The President said the agreement, which would include Malaysia, would be in place until “there is a competent Philippine authority who will take over in the chase … and they can radio or call our forces nearby to take over because we are entering your jurisdiction.”

During his brief discussions with Widodo at the Asean summit in Laos, Duterte said he told the Indonesian president to “blow up” the pirates.

“If there’s a hostage, usually it is … the sailors, then I will just have to … maybe, crowd them in and arrest them, and execute them. In the Philippines it’s not allowed to, that’s why I said that ‘maybe there are sharks around and just feed them to the sharks.’ It would make them fat. Good for sashimi also,” said the President.