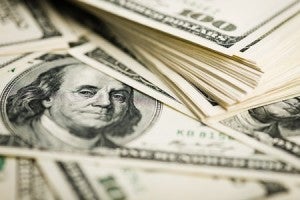 The end-of-August gross international reserves (GIR) level was also higher than the $85.5 billion recorded a month ago as well as the $80.3 billion a year ago, preliminary BSP data showed.

The increase in GIR last month, however, was partially offset by the national government’s payments for maturing forex obligations, as well as revaluation adjustments on the BSP’s gold holdings due to a decline in global gold prices, Tetangco added.

The GIR level at end-August can cover 10.5 months’ worth of imports of goods as well as payments of income and services.

The dollar reserves were also equivalent to six times the short-term external debt based on original maturity, as well as 4.3 times based on residual maturity.

The BSP defines short-term debt based on residual maturity as outstanding foreign debt whose original maturity was a year or less, plus principal payments on medium- and long-term loans of the government as well as the private sector that were due within the next 12 months.

As for net international reserves, or the difference between the GIR and total short-term liabilities, these likewise rose to $85.9 billion in August from $85.5 billion a month ago.

Due to weak global trade in the first quarter, the BSP had slightly cut its projected balance of payments (BOP) position for 2016, which monetary authorities expect to taper to a $2-billion surplus from the earlier projection of a $2.2-billion surplus.

The BOP is a summary of all the businesses the country does with the rest of the world. A surplus means the amount of dollars that entered the economy that year was more than the amount that left.

The projected end-of-2016 GIR level has been nonetheless kept at about $82.7 billion, higher than 2015’s $80.7 billion and enough to cover nine months’ worth of goods imports and payments of services and income.  SFM