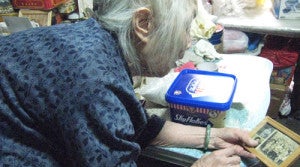 WASHINGTON, D.C. -– A new report says Asian Americans now represent 16 percent of all seniors aged 50 years and older in New York City, yet programs and resources available to them have failed to keep pace with this growth.

“Asian American Seniors in New York City: An Updated Snapshot,” states that when it comes to New York City’s social service funding, only 2.7 percent went to senior programs focused on Asian seniors. The study was done by the Asian American Federation, with primary funding support from AARP.

“Since our 2003 report on Asian elders, the size and composition of our senior population have changed dramatically,” says Jo-Ann Yoo, executive director of the Federation.

“Our updated report underscores the reality that the current capacity of social services is not nearly enough to meet the needs of this population,” Yoo adds.

Growth in the Asian senior population in New York City is driven by Asian seniors immigrating late in life and by Asian immigrants aging into senior status, according to the report.

Major shifts in demographics are changing the ethnic mix of the Asian senior population in New York City. South Asian and “Other” Asian groups have senior populations that have more than tripled in size from 2000 to 2014.

The high rates of limited English proficiency among Asian seniors contribute to increased social isolation. The diversity of languages spoken in the Asian community makes outreach and provision of services a great challenge.

Because some Asian seniors immigrated later in life, they are less likely to have health insurance coverage and to receive Social Security benefits than other seniors.

To address the increasing needs among Asian seniors, the Federation makes the following recommendations to the City:

“We have seen the Asian senior population double since 2000,” says Howard Shih, research and policy director of the Federation.

“With Asian seniors now comprising 16 percent of New York City’s senior population, we can no longer ignore their needs. We must address their language, health, and housing needs – among all the others –- if we hope to support their longevity,” Hsih adds.