PH Coast Guard to receive 2 planes from US in December 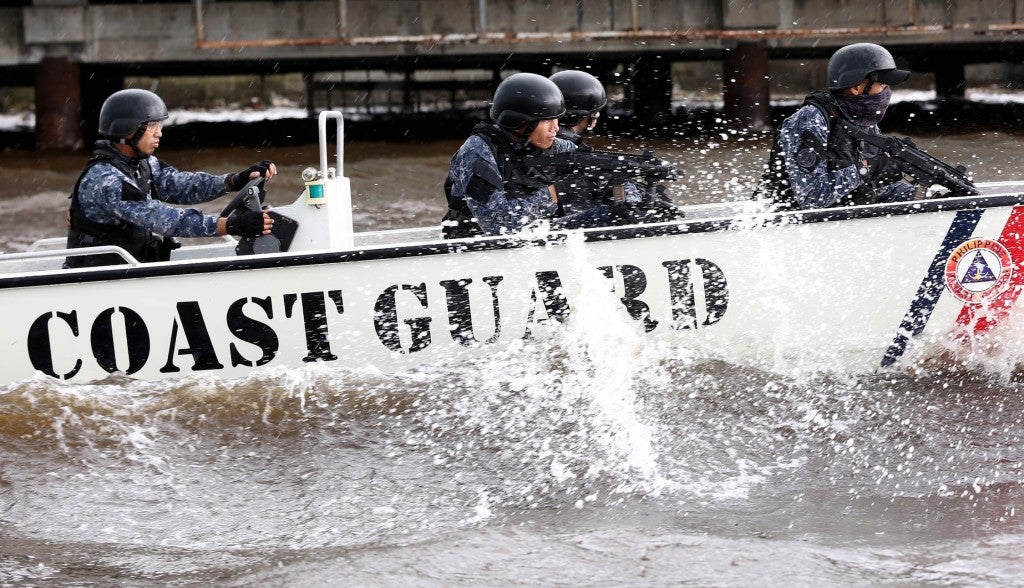 Members of the Phil. Coast Guard patrol a rough Manila bay during the weekend, as a heightened security alert is implemented nationwide following the fatal bombing that left 15 dead at a night market in Davao City last friday.
INQUIRER/ MARIANNE BERMUDEZ

The Philippine Coast Guard will receive the first two of the four Short C-23 Sherpa transport aircraft to be turned over by the United States in December.

This was confirmed by PCG spokesperson Commander Armand Balilo in a chance interview at Camp Aguinaldo on Tuesday.

The planes will be transferred as part of the US Excess Defense Articles program.

The four Sherpa planes are seen to boost the Coast Guard’s monitoring capabilities, and will augment the Islander planes used for maritime patrol missions.

The PCG is beefing up its capabilities amid the rising tensions in the South China Sea.

Last month, it acquired the first of its 10 multi-role response vessel from Japan.