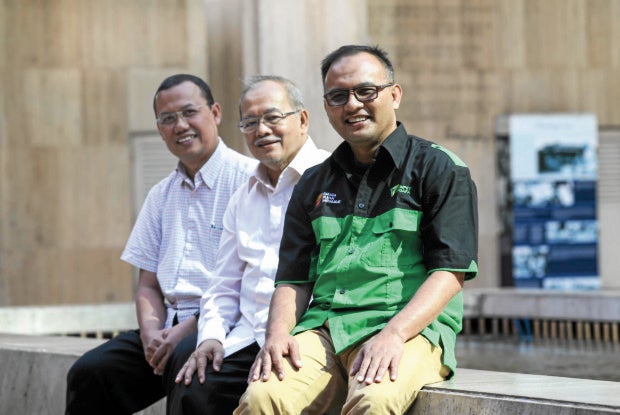 Thirty families who farm mussels in Banten province, Indonesia, almost tripled their earnings through the help of Dompet Dhuafa, a Muslim charity group that draws on alms given as part of one’s religious obligation to help poor communities rise on their feet.

Since its humble beginning as a newspaper’s donation drive, Dompet Dhuafa or “Wallet of the Poor” has become the largest private zakat collector in Indonesia, with beneficiaries reaching 13 million as of 2015.

Zakat, which literally means “purification,” is among the five pillars of Islam.  It is an obligation among adult Muslims to donate a percentage of their wealth to the needy.

Dompet Dhuafa is propelled by the principle that assistance provided to the poor should turn them “from receiver to giver,” the president-director of the organization, Imam Rulyawan, told the Inquirer in an interview on Tuesday.

The group is among this year’s Ramon Magsaysay Awardees, cited “for redefining the landscape of zakat-based philanthropy in Indonesia and unleashing the potential of the Islamic faith to uplift, irrespective of creed, the lives of millions.”

Previously, zakat was collected by imams (worship leaders) and the cash given directly to the poor people, Ismail Said, executive chair of Dompet Dhuafa Republika Foundation, said during the interview at Ramon Magsaysay Center in Manila.

This practice fulfills one’s religious obligation, but does not help empower the poor, he said. Dompet Dhuafa became a pioneer in “socializing” the zakat, using the funds collected to set up various programs that provide free healthcare, education and livelihood assistance, Said added.

Dompet Dhuafa traces its roots to a serendipitous blending of religion, activism and journalism.

Twenty-three years ago, then editor in chief of Republika Daily newspaper Parni Hadi met activists who taught Islam and literacy in Yogyakarta. He was appalled at the paltry honorarium of about $3 a month that each of them received from the students’ donations.  It was such a meager amount compared to his monthly salary of $5,000 that Hadi vowed to help uplift the lives of the poor, Said recalled.

Hadi convinced the newspaper employees to pool their zakat, or 2.5 percent of their salary, and donate it to the needy. On July 2, 1993, a column appeared on the front page of Republika inviting readers to join the zakat collection drive.

The newspaper would regularly feature recipients, which increased awareness of the program and gained donors’ trust.

From $203 on the first day, Dompet Dhuafa has grown with funds amounting to $20.2 million by the end of 2015, becoming the largest philanthropic organization in Indonesia.

Dompet Dhuafa was ratified as a national tithe institution in 2001. Despite becoming a separate organization from Republika, Dompet Dhuafa still maintains partnerships with various local media.

“Our organization has the experience in managing zakat and the media have the means to communicate (our activities),” Ahmad Juwaini, president of Dompet Dhuafa University, said.

The organization is still looking to expand as only 10 percent of the potential $28 billion zakat in Indonesia is being collected by government and nongovernment institutions, Said said.

It runs a free boarding high school and sends 400 scholars to the university every year. Thousands have also been trained in its vocational, entrepreneurship and teacher training centers.

The organization also provides loans to the poor, supports small and medium enterprises,  and assists in farm production and marketing.

Juwaini said a university research concluded that 20 percent of Dompet Dhuafa’s beneficiaries have risen above poverty.

One example was the 30 households from Banten province that used to earn only $130 a month from farming mussels or green shells. Dompet Dhuafa provided them capital and technology to build a “bagan” in the sea, a bamboo hut structure where mussels are cultivated.

After two years, the green shell farmers were earning $361 a month, an increase of 177 percent that was above the regional minimum wage of $176, Rulyawan said.

“We want to cut the cycle of poverty,” said Juwaini. “Without healthcare, without education, without jobs or capital for business, the poor can’t improve the quality of their lives.”

And more importantly, Juwaini added, we should be able to touch their heart and mind to nurture a relationship that would help the communities become self-reliant. TVJ