‘ASAP in NY’ stars enjoying a bite of the Big Apple

NEW YORK CITY – Stars of “TFC Presents ASAP Live in New York” shared their impressions of this city at a press conference Thursday, Sept. 1, saying they were still mesmerized by the Big Apple.

Jolina Magdangal said she enjoyed New York because visiting places like Central Park reminded her of American movies she had seen. Luis Manzano joked that the only borough he saw that day was Shake Shack (the famous burger joint); but he had been here before, when he shot the film “In My Life” with his mom, Vilma Santos, and John Lloyd Cruz. Luis said he loves the energy of NYC.

“ASAP” is the longest running, top-rated weekly Filipino musical variety show. With “ASAP Live in New York,” ABS-CBN takes the production to a whole new level, with a star-studded line up of the best and hottest Filipino live entertainers and key members of the acclaimed ABS-CBN Philharmonic Orchestra making their debut performance in the US.

“ASAP,” a showcase of world-class Filipino musical talents, will be held at Barclays Center, 620 Atlantic Avenue Brooklyn, on September 3, starting at 5:00 p.m.; pre-show starts at 4:00 p.m. It will be the first Filipino event to ever to take place at the Barclays Center.

Kim Chiu and Zsa Zsa Padilla were on their third trip to the city this year, shooting the popular telenovela “The Story of Us.“ Kim found it exciting to see Filipinos everywhere she went. Zsa Zsa chimed in that she considered herself a local now and that she could give directions around town to her “ASAP” cast mates. 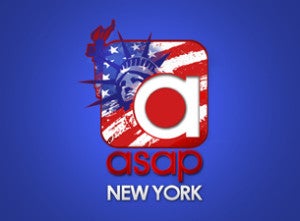 Gary V had been in NY often, but felt it special to be here this year because he was with his “ASAP” family. He revealed that planning for “ASAP in NY” had six months but ABS-CBN boss Gabby Lopez had spoken about bringing the show here since “ASAP in London” in 2015.

Martin Nievera added that Lopez said that the New York production must have the full ABS-CBN Philharmonic Orchestra to accompany the show’s powerful singers.

A from the audience asked for advice for her daughter who will be going home to study in the Philippines. Gary’s advice: “Look at Kim Chiu, even if her surroundings have changed as she became successful, it did not change Kim Chiu as a person. She has remained humble.” He added that the daughter should practice her Tagalog, saying he learned to speak better Tagalog by listening to ABS CBN news.

(See the recorded livestream of this press conference.)

Tickets can still be purchased at Ticketmaster.com, or call 800-745-3000, or by visiting the American Express Box Office at Barclays Center. For information on individual suites, please click here or call 718-BK-SUITE. This is a Must See event! Tickets are still available: bitly.com/ASAPNY.

Read Next
Peace advocates mourn death of Malaysian facilitator in gov’t-MILF talks
EDITORS' PICK
DILG to stranded workers: ‘Stay where you are’ until Luzon-wide quarantine is over
BREAKING: 1,075 people in PH has coronavirus disease – DOH
Style and music journeys with Claudia Barretto
UP-PGH wards for COVID-19 patients finished in 5 days
IATF: Food firms to operate with 50% of workforce during Luzon quarantine
Cebu City closes its borders
MOST READ
Pacquiao to seek probe on leaked private letter from Barangay Dasmariñas
Tootsy Angara bares neighbor wanted them out of village
All 3 COVID-19 positive patients in Bicol sent home
BREAKING: 1,075 people in PH have coronavirus disease – DOH
Don't miss out on the latest news and information.