Duterte in Brunei on Sunday for first foreign state visit 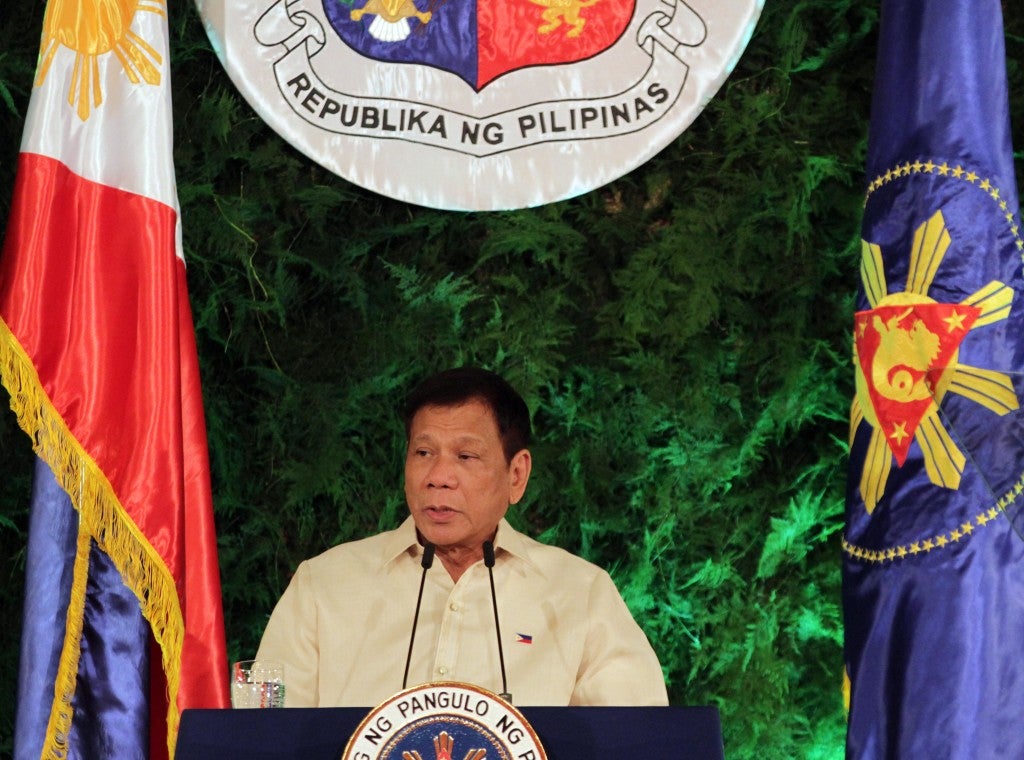 BANDAR SERI BEGAWAN, Brunei—Philippine President Rodrigo Duterte is expected to arrive in Brunei this Sunday as part of his introductory visit since being elected last June, according to the Philippines’ ambassador.

Meynardo LB Montealegre told The Brunei Times that Duterte is expected to touch down in Brunei in the afternoon and will end his visit the next day.

He will be accompanied by his official delegation, senior government officials and officials from other Philippine government agencies.

“He will also meet with His Majesty Sultan Haji Hassanal Bolkiah Mu’izzaddin Waddaulah, the Sultan and Yang Di-Pertuan of Brunei Darussalam to discuss general bilateral relations and to convey his sincere appreciation to Brunei Darussalam for taking care of the 23,000-strong overseas Filipinos currently residing in the country,” said Montealegre.

As part of his visit, Duterte is also scheduled to have a meeting with the Filipino community in the evening at the Indoor Stadium.

“Given that this is the first official foreign trip of the president, his visit to Brunei will give him the opportunity of personally meeting the members of the Filipino Community and sharing with them some development in the Philippines,” said the country’s envoy.

“This visit is indeed a historic and a very memorable one not only for us, given that this is the first official foreign trip of President Duterte, but also for Brunei Darussalam, being the first foreign country visited by the newly-elected president,” added Montealegre.

Duterte will then depart to Laos to attend the 28th and 29th Asean Summits and Related Summits from September 6 to 8 before traveling on to Jakarta.