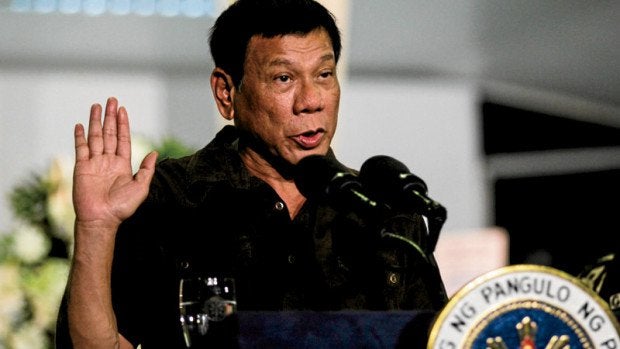 PRESIDENT Duterte’s first foreign trip next month would surely be a big political and media event, Malacañang said on Sunday.

This early, several leaders from neighboring countries have expressed eagerness to meet with Mr. Duterte during the  Association of Southeast Asian Nations (Asean) meeting in Vientiane, Laos, according to Presidential Communications Secretary Martin Andanar.

“We all know  President Duterte is the most talked-about leader in  Asean and around the world,” Andanar told government-owned dzRB radio.

“We expect the international media companies to mob the President in Laos to talk to him,” he added.

Mr. Duterte’s weeklong trip would be his first abroad since winning the May 9 elections. He had previously said he would avoid frequent overseas travelduring his six-year term due to his advanced age.

The 71-year-old Chief Executive will fly to Brunei for a working visit on Sept. 4-5 before heading to the Asean summit in Laos on Sept. 6-8.

Mr. Duterte will then go to Indonesia for atwo-day working visit on Sept. 8-9.

In an earlier interview, the President said he wanted to personally thank the royal government of Brunei for providing employment to thousands of Filipinos. Marlon Ramos

Read Next
PH is 20th happiest place in the world—report
EDITORS' PICK
House energy committee chair Arroyo bats for cheap electricity
Honolulu Café is the cure for your Egg Tarts and Roastings cravings
Petition to reverse Comelec decision on Bongbong Marcos’ DQ case reaches SC
Luxe property: A way to build, preserve wealth
PH detects local transmission of Omicron subvariant BA.2.12.1
OVP: Pilot’s claim vs Robredo ‘never happened’, a ‘malicious fabrication’
MOST READ
Man posing as Marcos spox revealed to be an inmate in Bilibid — Guevarra
Heart Evangelista gets a ‘no’ from Chiz Escudero after asking, ‘Do I deserve a bag?’
Congress canvassing of votes for president, VP to begin May 24
3 Iloilo residents found with Omicron subvariant
Don't miss out on the latest news and information.