Free movie offer to viewers at ‘Sinehan’ at NY consulate

NEW YORK CITY — Cinetropa.com, the first exclusive Filipino-movie streaming site, is offering a free movie (priced at $5.99) for those who are attending the free Sinehan sa Summer weekly film screenings at the Philippine Consulate until September 6.

The Sinehan sa Summer film festival continues its tradition of showing rare classics and other hard-to-find Filipino films, many of which are not commercially available, whether in DVD format or as a theatrical release in the United States. For those who cannot make it to the screenings, you can still sign up at cinetropa.com and get a free movie by emailing us at [email protected] . 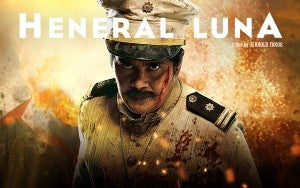 Although its movies are only available only online, Cinetropa is still encouraging people to come to the Consulate as the film screenings there cannot replace the experience of being with fellow Filipino film lovers and hearing the post-screening discussions of the films with Filipino directors, writers and other film aficionados.

On September 1 at 6:30 pm,  “Heneral Luna” is also being screened at the Consulate with a special behind-the-scenes feature. Cinetropa is sponsoring the screening of “Heneral Luna,” currently the most successful Filipino independent film in the Philippines, in commemoration of National Heroes’ Day on August 29. The historical action epic is also streaming on Cinetropa.com for only $6.99.

Set during the Philippine–American war, the epic film recounts the heroic yet tragic story of General Antonio Luna, commander of the Philippine Revolutionary Army and its most brilliant Filipino general, who faced an enemy more treacherous than any foreign colonizer: his own countrymen.

Cinetropa will be adding more titles soon to its pay-per-view site. Movies are priced from $3.99 to $6.99 in the United States. Unlike illegal streaming sites out there, Cinetropa is backed by independent producers and was especially created to give Filipino films more exposure for their films on a global scale, either for Filipinos or those discovering or exploring Filipino films.

For those who would like to avail of the free-movie promo, which is valid until September 6, sign up via Facebook or your email at cinetropa.com. Cinetropa will be at the Consulate every screening for those who wish to get their promo code there. Or email at [email protected] and state where you reside in the tri-state area.