Duterte won’t stick it to China in Laos Asean meet 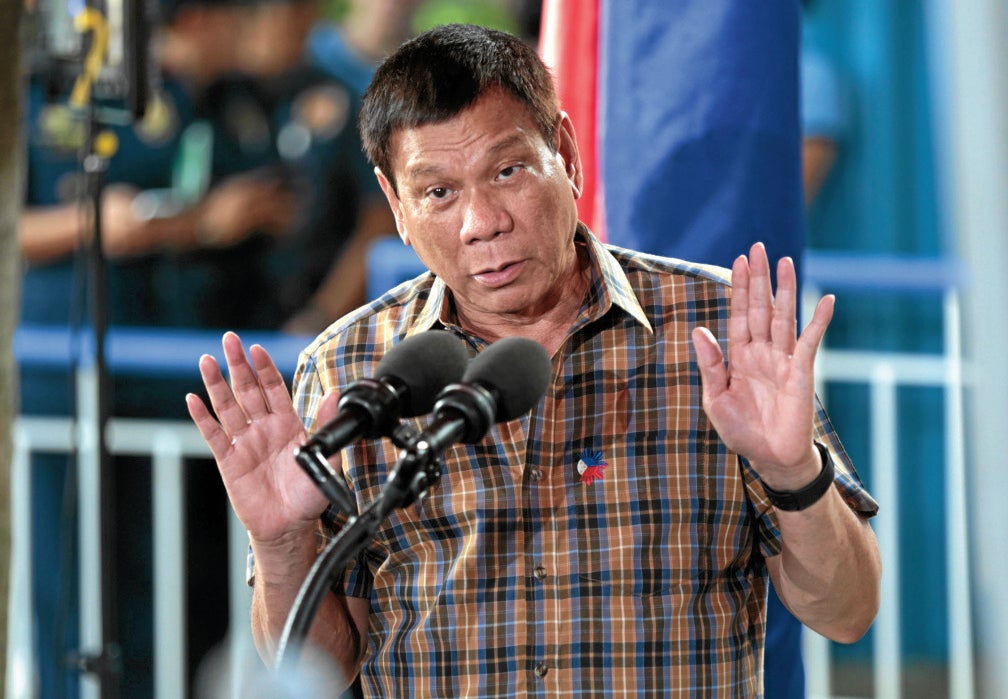 PRESIDENT Duterte on Thursday said he will not bring up the contentious maritime dispute with China during his attendance at the Association of Southeast Asian Nation (ASEAN) Summit in Vientiane, Laos.

Duterte will embark on his first international trip as head of state. He will make a stop in Brunei Darussalam and Indonesia.

He is set to meet the head of states of Asean member countries for the first time as he receives the chairmanship of Asean next year.

“It’s our turn. I have to be there to receive it. It has to be the head of state. I beg off sana, but the protocol, people say, you have to be there,” he said at a midnight news conference in Davao City.

But the President said that he would not press Asean to tackle the contentious territorial disputes with China as he looked forward to a bilateral meeting with the Asian superpower.

“So I will go to Laos and I will avoid the issue,” he said.

“But if another country will bring the matter up, that is not within my control. My participation there is to listen to issues confronting the Asean and if somebody brings up the matter about South China Sea, then I will talk,” he added.

Should he engage in dialogue on the matter, the feisty president “we don’t want to be confronting and ready to fight.”

“We’re there to talk peacefully.”

President Duterte said he will reserve the critical matter during the bilateral talks with China.

“But during a bilateral meeting, maybe. Well I really don’t know. We will be talking about the arbitral judgment. We cannot go out of our discussion within the four corners of this paper. But that has to wait. If I act hostile now, then they might decide not to sit in front of you and talk,” Duterte said.

The commander in chief said that the only option to deal with China is to talk.

“Maybe a goodwill visit in their country and talk. It’s the only option left. Talk or go to war,” he said.

“If you cannot afford to go to war, or afford trouble, there’s only thing left for you to do. That is to talk. What is there to worry about?” he added.