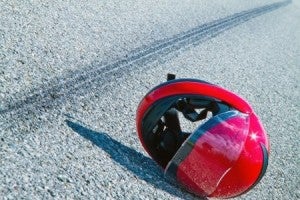 RAMON, Isabela — A 35-year-old Indian national was shot dead on Thursday morning (Aug. 25) by motorcycle-riding gunmen in an apparent robbery, two days after another Indian was killed in neighboring Santiago City.

The gunmen sped away with the motorcycle and belongings of Parvesh Kumar, 35, who was shot repeatedly with a handgun at8:45 a.m. in Purok 1, Raniag village, Chief Insp. Genesis Cabacungan, Ramon police chief, said.

The gunmen also took a notebook containing a list of Kumar’s loan clients.

Cabacungan said Kumar had started his daily rounds of collection on his motorcycle, about 2 kilometers from his house.

Quoting eyewitness accounts, Cabacungan said a pickup truck was seen tailing Kumar as he drove out of his house.

“We are trying to convince witnesses who may be able to provide vital information. At the moment, they are tight-lipped, presumably scared,” he said.

Cabacungan said Kumar told him two weeks ago that he received an extortion letter in 2015. “The letter sender was demanding P500,000; otherwise [Kumar] would be killed. He did not believe, however, that the letter was written by a Filipino,” he said.