DFA holds own probe on Indonesians with PH hajj passports 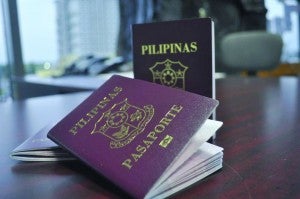 MANILA — The Department of Foreign Affairs (DFA) is holding an independent investigation on 177 Indonesians who were nabbed at the Ninoy Aquino International Airport (NAIA) and found to be carrying valid Philippine passports.

The Bureau of Investigation (BI) arrested some 177 Indonesians at the NAIA terminal 1 while they were about to board an aircraft bound for Saudi Arabia last week.

DFA spokesman Charles Jose said the department awaited the formal turnover of the passports of the arrested Indonesians, currently under the custody of the Bureau of Immigration (BI).

“We will conduct a separate investigation on this once the passports of Indonesians are turned over by the BI,” said Jose in an interview on Monday.

Jose said the Indonesians were carrying hajj passports usually issued to Filipino pilgrims traveling to Saudi Arabia for the annual Islamic pilgrimage to Mecca. Mecca is one of the holy sites of Islam and a visit there is a mandatory religious duty for Muslims.

“The hajj passport is different from the regular passport. This is issued to Filipino hajj pilgrims,” said Jose.

The DFA official explained that arrested Indonesians might have resorted to getting Philippine passports to qualify for the limited number of pilgrims allowed to visit Mecca.

“Other nationals who can’t be accommodated in their country’s quota, use Philippine quota to join pilgrimage, using spurious documents to acquire Philippine passport,” said Jose.  SFM