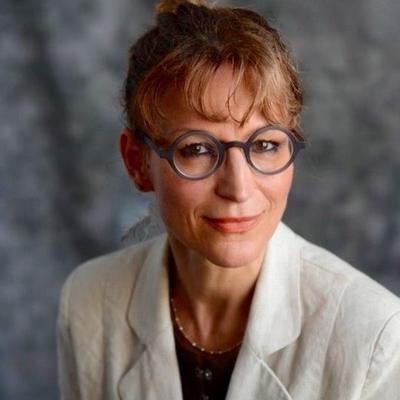 The war of words between President Rodrigo Duterte and the United Nations escalated on Thursday, with a UN envoy warning that “state actors” could be held responsible over hundreds of killings in the government’s controversial crackdown on illegal drugs.

Challenged by presidential chief legal counsel Salvador Panelo to come over and see for herself the real situation, UN special rapporteur on summary executions Agnes Callamard tweeted on Friday: “Invitation to investigate welcomed. Ready to ‘see for myself.’”

In a statement,  presidential spokesperson Ernesto Abella said that the “seeming incomprehension by local and international observers” was “more alarming than the pandemic use and trade of illegal drugs in the Philippines.”

More than 1,500 people have died in Mr. Duterte’s fight against narcotics, Philippine National Police Director General Ronald dela Rosa told a Senate hearing on Thursday, saying that 665 drug suspects were killed in “legitimate (police) operations” with another 889 killed by vigilantes.

UN experts called on the Duterte administration to end targeted killings and the extrajudicial executions of drug suspects. “Claims to fight the illicit drug trade do not absolve the government from its international legal obligations and do not shield state actors or others from responsibility for illegal killings,” Callamard, said in a statement on Thursday.

Also on Thursday, two UN rights experts said that Duterte’s directives calling on law enforcers and the public to kill suspected drug traffickers “amount to incitement to violence and killing, a crime under international law.”

The warning came a day after President Duterte, who swept to a landslide election victory in May largely on a pledge to kill thousands of criminals, called the UN “stupid” and vowed to continue his antinarcotics offensive despite mounting criticism, including from UN chief Ban Ki-moon.

“When you are in New York or somewhere else, 10,000 kilometers or miles away from the Philippines and then you make such judgments, that’s recklessness,” Panelo said of Callamard’s statement. “Those statements are misplaced and baseless, and they better come over and see for themselves the real situation,” he added.

Abella said on yesterday that the President had ordered an investigation of police personnel in connection with possible incidents of vigilante or mistaken killings.

“The President decries the attribution of killings to the Philippine government. This is simply unfair, especially to the hardworking men and women in uniform who risk their lives and limbs to win the war against drugs,” Abella added.

The Palace official blamed the previous administration for not doing enough to curb the drug problem and the “disturbing rise of ‘narcopoliticians’” who use drug money to buy votes, and said that President Duterte was now dealing with the matter.

It has resulted in a number of deaths, Abella said, “but even more surprisingly, in the surrender of hundreds of thousands of users,” he added.

It appeared that a number of the killings were perpetrated by those involved in illegal drug operations, Abella said, adding that “[t]he nature of a number of deaths imply internecine, or organizational killings, within the drug trade.”

Abella said the government’s principal concern was ensuring the safety and security of citizens, leading it to undertake a purging of bad eggs within the police ranks.

“Crime rate has significantly decreased.  A general cleanup of police ranks on assignment has been undertaken when the President assumed office,” he said.

Abella said the government approach was to treat drugs as a public health and social issue, as well as a matter of national security.

When he took office on June 30, Mr. Duterte told a crowd in Manila: “If you know of any addicts, go ahead and kill them yourself as getting their parents to do it would be too painful.”  However, Panelo said the UN should not take such statements seriously. “He is just asking the public to cooperate with the campaign.”

Duterte’s spokespersons have described his statements as hyperbole, although the police have reported killing more than 600 people since he took office.

Panelo insisted police only killed suspects in self-defense while the other deaths were the work of drug syndicates who feared their members would surrender and cooperate with authorities.

“How can you stop the killing of members of the syndicates? You cannot be guarding them all the time,” Panelo said.

International and local rights groups, some lawmakers and church leaders have condemned the killings while the Senate will continue its investigation next week into possible rights violations during police operations.

Dela Rosa said yesterday that law enforcers would not be deterred by the Senate investigation and that their campaign was just starting. “It’s a low (point) when we are being investigated but we go on … we never back down,” he said.

UN special rapporteur on the right to health, Dainius Puras, said the fight against the illegal drugs trade must “respect the human rights of each person.”

But Mr. Duterte’s spokesperson Martin Andanar said the public supported the crackdown. “President Duterte has time and again warned us during the (election) campaign that if you vote for me, this is going to be bloody,” he said, adding that there is “no war without casualties.” With a report from AFP/TVJ