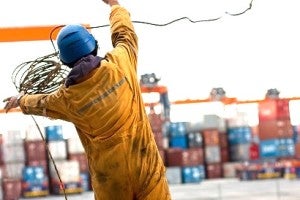 Filipinos are the most mistreated seafarers on the high seas. They work long hours every single day on tankers and cargo and cruise ships far away from their families for long periods of time for little money.

When Filipino crew members are injured and disabled in accidents or due to the cumulative trauma caused by harsh long-term work conditions, Filipinos are required to return home and accept the minimal payments outlined in a modest schedule of benefits published by the Philippine Overseas Employment Administration (POEA). The skimpy benefits pale in comparison to compensation awards in the U.S. They are an embarrassment to the labor agency and employers of any civilized country.

Recently, some insurance entities in the UK hailed the Philippines’ new Seafarers’ Protection Act, which in reality does not protect the Filipino seafarer.

As it is, a standard POEA employment contract limits a maimed crew member who, for example, loses his or her entire hand, by amputation between the wrist and elbow joint, in a gruesome work-related accident, to a total maximum benefit of only $29,480. Such a paltry amount hardly compensates the crew member for his past and future lost wages, pain and suffering, mental anguish and disfigurement for the rest of his life.

Under the POEA, death benefits are as little as $50,000 plus $7,000 for each minor child, not exceeding four in total. So the surviving family members of a crew member with two children killed at sea by the gross negligence of a cruise line employer receive a total payment of $65,000 including a nominal payment of $1,000 toward the family’s funeral and burial expenses.

Once a crew member or or their families receive a death or disability payment, they waive the right to file a claim against the cruise line employer and operator of the cruise line. This is in violation of the International Labor Organization (ILO).

Such low payments trivialize the worth of a Filipino life. It is an insignificant if not meaningless amount in the eyes of the billion dollar, non-tax paying U.S. based cruise industry. Compare, for example, the money collected by the far cat cruise executives here in Miami (like NCL executive Frank Del Rio who collected over $31,000,000 in 2015).

A common thought of a cruise line risk adjuster or P&I representative when a davit fails and a lifeboat from a cruise ship falls several stories into the sea is that it’s cheaper to have a Filipino aboard who’s killed than any other nationality.

Further injustice occurs when crew members suffer from ill health such as high blood pressure, heart problems and other sicknesses caused by the stress of hard work and long working hours. Manning agencies and cruise line employers are increasingly refusing to acknowledge that the injuries and illness suffered by crew members are “work-related,” a requirement for the payment of such benefits.

Crew members must submit to an examination of a single doctor, retained by the employer, who often assign a low impediment percentage, resulting in a minimal benefit, or claim that the illness pre-existed the crew member’s shipboard work, resulting in no payment.  Company doctors are known to work with an eye toward pleasing the employer and its lawyers, at the detriment of the injured seafarer.

Even when a crew member receives an award by the National Labor Relations Commission (NLRC), maritime employers often choose to appeal the award and seek a deduction.

Several years ago, I wrote about the plight of a Filipino seafarer Lito Asignacion who worked as a senior engine fitter on board a bulk carrier who sustained serious burns of his abdomen and legs when scalding water overflowed a tank doe to unsafe working conditions on the vessel.

The crew member underwent extensive and painful medical treatment in the burn units of West Jefferson Medical Center and Baton Rouge General Medical Center in Louisiana, U.S.A.  Asignacion was treated and underwent skin grafting burns of 35 percent of his body. 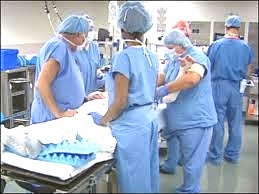 Mr. Asignacion thereafter returned to the Philippines where he continued undergoing medical treatment at a number of hospitals and with a number of doctors who performed plastic surgery. He is now unemployed, disabled and scarred for life.

His employer argued that under the POEA, the burned crew member suffered a grade 14 disability, which would entitle him to only 3.74 percent of USD $50,000. The Filipino Labor Board agreed and awarded Asignacion just $1,870.

The labor board made a point of stating that the shipping company had offered the disabled crew member $25,000 “out of compassion and generosity,” implying that the injured crew member had foolishly rejected the “generous” offer.

This patronizing and inherently evil sentiment is alive and well in the cruise industry today. Insurance entities like protection and indemnity clubs in the UK who are responsible for minimizing payments by its rich ship-owner members are taking steps to make it even harder for Filipino crew members to receive reasonable compensation for career-ending injuries and illnesses.

Recently, a claims director at UK P&I Club in a P&I Club publication praised the new Seafarers’ Protection Act. Ironically enough, the new law does not protect the Filipino seafarer from the greedy cruise lines, or the P&I companies and defense lawyers who do their bidding, but targets who the P&I Club villainize as the “ambulance-chasing” lawyers who pursue “spurious claims.”

The claims representative, Tony Nicholson, argues that the new “Seafarers’ Protection Act is designed to protect Filipino seafarers and their families from the unscrupulous practices of such lawyers and came into force on 21 May 2016. Under the new law, any individual or group — whether lawyers or not — found to be soliciting directly or via agents will be imprisoned for one–two years and/or fined PHP 50,000–100,000 (approximately US$1–2,000).”

The UK P&I Club further proposes permitting maritime employers, which are ordered by arbitration panels to pay benefits to the disabled seafarers, permission not to pay the awards pending an appeal. This will encourage the wealthy employers and cruise lines to place financial pressure on the injured seafarers and force them to accept cheap settlements.

As the sad case of Lito Asignacion demonstrates, the Filipino labor system already permits maritime employers and their insurance companies to abandon those seafarers who have sacrificed and suffered greatly for their families. Imprisoning lawyers, who advocate greater rights for seafarers, and permitting maritime employers to withhold the payments of arbitration awards, make a further mockery of a system, which works to protect the rich while screwing the injured and impoverished seafarer.