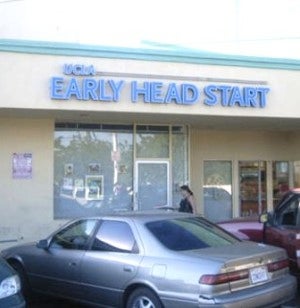 LOS ANGELES — Experts agree that the first few years of a child’s life are a critical time and that when it comes to early childhood education (ECE), parents are the “first teachers.” But while there are a number of ECE programs and services in Los Angeles, few Filipinos are taking advantage of them.

“Head Start is based upon the premise that providing an early education is a powerful way of lifting children out of poverty,” explains John Varga, an education specialist with the Pacific Asian Consortium in Employment (PACE).

Head Start is a federally funded program that promotes school readiness for low-income children ages up to 5 years old.

“Many of our teachers and even administrators once were Head Start children themselves and know the power of that experience in their own lives,” reports Varga.

“This is a diverse region, and as a Head Start program we are designed to serve primarily those children and their families who are in the lowest economic range in our society,” he adds. 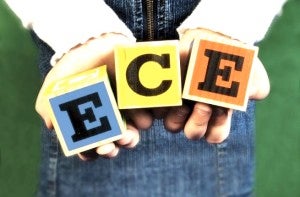 “We offer activities designed to develop early language, math, science, social awareness, physical, and communication skills as well as helping children learn the all-important skill of how to take responsibility of their own learning,” states Varga.

“Even at a young age, children can put to use their natural inquisitiveness and eagerness to understand the world around them,” he said further.

But according to data from the organization, API families accounted for roughly one percent of the more than 1,300 families PACE worked with over the past year. The majority of families in PACE’s ECE program – 85 percent – were Hispanic, while African Americans accounted for about 10 percent.

Los Angeles is home to the nation’s largest Filipino American community. Filipino Americans make up about 4 percent of the county’s 10 million residents, and many of them are naturalized citizens.

One reason few Filipinos seem to be accessing Head Start programs, which are geared toward low-income households, is that poverty rates are relatively low for Filipino families, according to Census data,

But culture may be another factor.

“Filipino parents highly value education – that includes early childhood education,” says Micah del Mundo, who teaches in the Family Life and Child Development Department at the University of the Philippines, Diliman and is the vice president of external affairs at the Philippine Research Association for Early Childhood Education (PRAECE).

For parents in the Philippines seeking early education access for their children, she notes, many “turn to neighborhood ‘barangay’ services.” Each barangay – or district – has a neighborhood day care center that parents rely on for preschool needs.

Filipino Americans, says del Mundo, may be using similar resources, which are more informal than Head Start programs or other preschools and offer a stronger sense of cultural connection.

Del Mundo adds that like a lot of parents, Filipinos also make use of television and handheld technologies.

That’s something that concerns Varga, who points to the “lower quality ‘edutainment’ [programs] that [are] saturating the airwaves.”

Varga says that for the past two years PACE has been collaborating with the Public Broadcasting Service (PBS) to help promote PBS programming to families it serves.

“PBS has recently begun an online education push with many quality games and activities for children provided in different languages,” says Varga.

At the end of the day, however, there is no replacing the role of the parent.

“Studies show that parents who are involved in the schooling of their child, especially in preschool, help children develop trust … it promotes not just academic performance but emotional well-being, too,” says del Mundo. 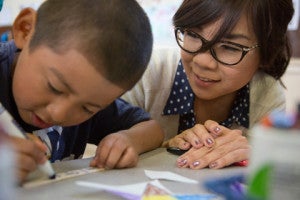 Varga agrees: “When their parents are excited about learning and demonstrate [that] in their own lives, the model they give to their children is empowering and helps them develop much stronger skills.”

Especially for immigrant parents, Varga continues, involving themselves in their child’s learning at an early age can help preserve ties to their culture while also helping their children navigate U.S. culture.

PACE holds regular parent education trainings at each of its sites to help parents better understand how to support their child’s learning.

Through Head Start (for 3 to 5-year-olds) and Early Head Start (birth to 3), it also offers “home-based” programs, where trained experts make weekly visits to families’ homes to train and mentor parents to work with their children.

“Then, once a month, the families bring their children to a ‘socialization’ experience, where their children can develop important social skills in the midst of other children their own age,” says Varga. “This is also a time when parents can learn more about child development in a group setting.”
He adds, parents and children alike “learn that learning together can be fun and actually something that bonds their family together.”

This report was written under the sponsorship of the New America Media Early Childhood Education fellowship.