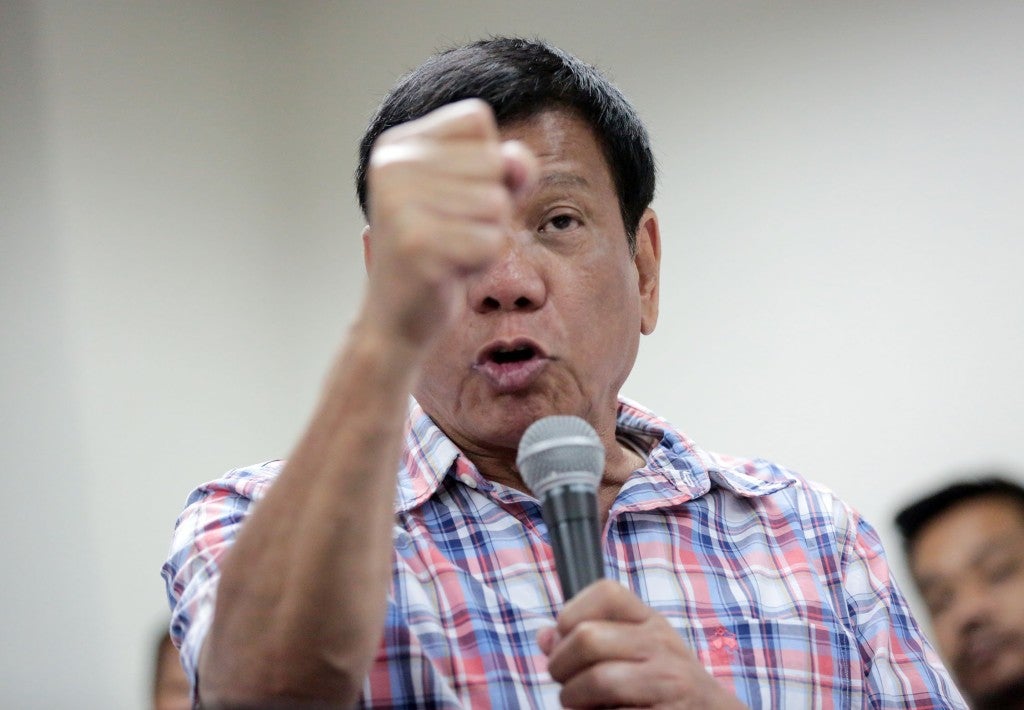 President Rodrigo Duterte on Wednesday, August 17, 2016, lashed out at the United Nations for its ‘stupid’ criticism of his government’s war against drugs. Duterte said even killings done by crime and drug syndicates were being attributed to his government. INQUIRER FILE

President Rodrigo Duterte on Wednesday hit out at “stupid” United Nations’ criticism of his controversial crime war that has claimed 1,000 lives, warning the global body not to interfere.

The political outsider, who swept to a landslide election victory in May largely on a pledge to kill tens of thousands of criminals, said he would continue his anti-drug crackdown despite mounting criticism, including from UN chief Ban Ki-moon.

“Why would the United Nations be so easily swayed into interfering in the affairs of this republic? There are only 1,000 (killed),” he said at an event marking the 115th anniversary of the police force.

Duterte criticized the “stupid proposition” where the killings done by drug and criminal syndicates were being attributed to his government.

Ban Ki-moon in June condemned Duterte’s apparent support for extrajudicial killings, saying they were “illegal and a breach of fundamental rights and freedoms”.

The UN’s anti-drugs office also this month said it was “greatly concerned” by reports of extrajudicial killings of suspected drug dealers and users in the Philippines.

The UN has made “a very stupid proposition”, Duterte said, warning them not to meddle in the country’s politics.

“What’s the problem? You inject politics. Only one thousand died and you put my country in peril, in jeopardy,” he said.

He told foreign human rights watchdogs not to “investigate us as though we are criminals,” and warned they would not be treated well in the Philippines.

Duterte, who took office on June 30, ordered a bloody war on crime that has left 1,054 people dead since the May elections, according to the country’s largest broadcaster ABS-CBN.

This includes people killed in police operations, and more than 400 people murdered by mysterious vigilantes.

Duterte won the election on a promise to wage a war on illegal drugs and other crime that would claim tens of thousands of lives.

He has ordered police not to hesitate to kill drug suspects if these resist arrest and put up a fight, endangering the lives of law enforcers. He and even urged ordinary citizens and communist guerrillas to join in the bloodshed.

But during the PNP event on Wednesday, August 17,  the President stressed to the police, “Do not kill if you are not in danger of losing your life.”

He has repeatedly scoffed at human rights groups opposed to the killings./rga