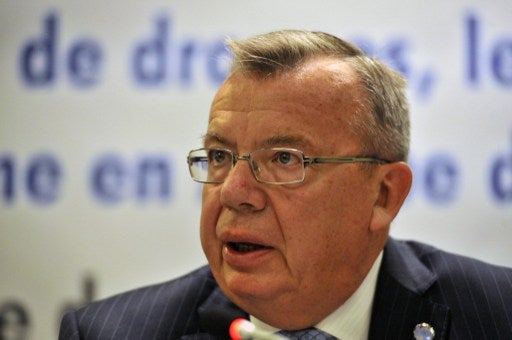 The United Nations Office on Drugs and Crime (UNODC) said that it is “greatly concerned” on the rise in killings of suspected drug users and dealers in the Philippines.

In a statement, UNODC Executive Director Yury Fedotov said that he shares UN Secretary General Ban Ki-moon’s condemnation of the extrajudicial killings of drug suspects in the country.

“I join the United Nations Secretary-General in condemning the apparent endorsement of extrajudicial killing, which is illegal and a breach of fundamental rights and freedoms,” Fedotov said on Wednesday.

The executive director of the UN anti-drug body said that the rise of drug-related killings “contravene the provisions of the international drug control conventions” and “do not serve the cause of justice.”

Fedotov also reminded President Rodrigo Duterte that during a special session of the UN General Assembly on the world drug problem, governments committed to ensuring that “all people can live in health, dignity and peace, with security and prosperity.”

The UN official said that they will back the Philippine government in bringing drug traffickers to justice but it should be grounded on international conventions and agreements. He also voiced support for “balanced, people-centered, evidence- and rights-based approaches to drug control.”

“UNODC stands ready to further engage with the Philippines and all countries to bring drug traffickers to justice with the appropriate legal safeguards in line with international standards and norms, and promote prevention, treatment, rehabilitation and reintegration approaches based in evidence, science, public health and human rights,” Fedotov said.

The UNODC issued the statement after the International Drug Policy Consortium, a network of non-governmental organizations, asked UN drug control agencies to condemn the rise of drug-related killings in the Philippines.

According to the Philippine National Police (PNP), 316 drug suspects had been killed by the police nationwide from July 1 to 27—for a daily average of 11 fatalities.

READ: PNP: Average of 11 drug suspects killed daily, but look at other data

INQUIRER.net, which keeps a list of the casualties of Duterte’s war against drugs through its “Kill List,” has recorded 465 killings from June 30 to August 1.  IDL/rga