Duterte on calling Goldberg gay: Why should I apologize? 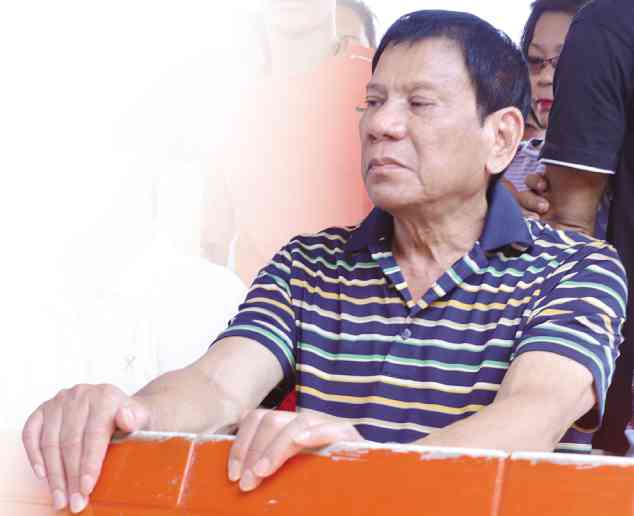 “Why should I apologize?”

President Rodrigo Duterte on Friday maintained that he won’t apologize to US Ambassador to the Philippines Philip Goldberg after calling the diplomat “gay.”

“Hindi nga siya nag apologize sa kin nung nagkita kami sa Malacañang (He didn’t apologize to me when we met in Malacañang), why would I apologize? Siya mismo nag-una (He started it first),” Duterte said in a speech at Camp Teodulfo Bautista in Jolo, Sulu.

READ: Duterte: No apologies for remarks on Goldberg

Duterte was referring to the courtesy visit of Goldberg and members of the US congressional delegation in Malacañang last July.

The 71-year-old President had earlier slammed Goldberg for meddling in Philippine politics.

Duterte was referring to the statement of Goldberg in response to his remarks about the rape of an Australian missionary Jacqueline Hamill in 1989.

At the height of the controversy, Goldberg had said that “statements by anyone, anywhere that either degrade women or trivialize issues so serious as rape or murder are not ones that we condone.”

This remark did not sit well with Duterte, saying the US envoy should have just “shut up.” He said he doesn’t care if the US cuts diplomatic ties with the Philippines.

The spat between Duterte and Goldberg has prompted the US government to summon Philippine Charge d’Affaires to Washington Patrick Chuasoto to explain the President’s “inappropriate comments” against the US envoy to the Philippines.

“We’ve seen those inappropriate comments made about Ambassador Goldberg. He’s a multi-time ambassador, one of our most senior diplomats,” said US State Department spokesperson Elizabeth Trudeau. RAM