US summons PH envoy over Duterte’s ‘bakla’ tag on Goldberg 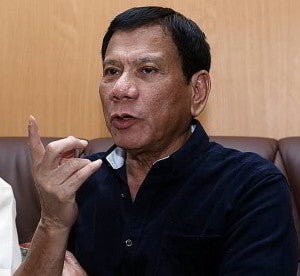 MANILA — The US has summoned Philippine Charge d’Affaires to Washington D.C., Patrick Chuasoto, to clarify “inappropriate comments” made by Philippine President Rodrigo Duterte about US ambassador to the Philippines Philip Goldberg.

Trudeau, however, declined to disclose the meeting between US officials and Philippine CDA Patrick Chuasoto.

“I’m not going to read out that detailed conversation, but it was specifically on those remarks,” said Trudeau.

Mr. Duterte last week detailed the meeting last week between he had with  US Department of State Secretary John Kerry, who visited the Philippines from July 26-27. Ambassador Goldberg was also present at the meeting.

Duterte, known for his foul mouthed manner, belittled the US $32-million fund donation announced by Kerry and has called ambassador Goldberg “bakla” or “gay ambassador” and “son of a bitch” during the recent meeting with soldiers in Davao City.

“I am pissed with him” (referring to ambassador Goldberg).  He meddled during the election, giving statements here and there. He was not supposed to do that,” Duterte told the audience of soldiers.

Goldberg has earned the ire of Mr. Duterte after he criticized the President’s joke during the campaign about the rape and murder of Australian missionary Jacqueline Hamill in 1989. 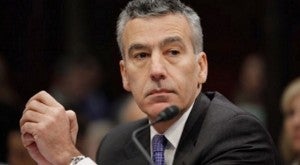 Meanwhile, the US government has raised deep concern on rising number of vigilante style killings of people linked to drugs in the country, reaching more than 400. It called on the Duterte administration to uphold rule of law in implementing war on drugs.

Elizabeth Trudeau, spokesperson of the US Department of State, said the US would continue to call on Philippine officials “to emphasize the importance of this fundamental democratic principle.”

“We strongly urge the Philippines to ensure its law enforcement efforts comply with its human rights obligations,” said Trudeau in a press briefing at the US State Department on August 8.

Legal experts have warned Duterte that he could face charges of crimes against humanity before the International Criminal Court (ICC) in The Hague.  SFM