Filipinos in SF give Robredo a rousing welcome 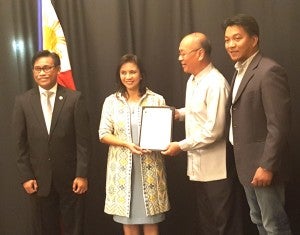 SAN FRANCISCO – Filipinos here gave a rousing welcome to Vice President Leni Robredo who stopped by this famous City by the Bay August 7 after a speaking engagement at a Filipino American empowerment conference in Pennsylvania.

Robredo had visited the Filipino community here 19 months ago, when she was still the representative of the 3rd district of Camarines Sur in Congress. Her position may have changed, but the Robredo plain-folks trademark was still evident when she again greeted Bay Area kababayan at the packed Kalayaan Hall of the Philippine Consulate during a forum jointly sponsored by the University of the Philippines Alumni Association of San Francisco (UPAAA-SF) and the consulate.

Robredo veered from a prepared speech and reprised at length her recollections as a simple mother of three who was bent on remaining on the sidelines, but who finally cast her lot in politics due to public clamor following her husband’s death. Running for and winning the second highest position of the land had never dawned on her before the opportunity came along.

This time around, Robredo also announced some of her plans for becoming an active and effective vice president. She will be advocacy-heavy and has five areas of concern: hunger and food security; universal health care; public education; rural development and empowerment. 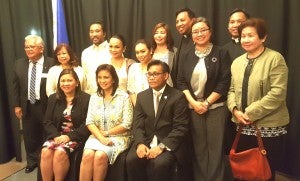 “I didn’t want to simply be a vice president waiting with nothing to do. When I learned that it has one of the smallest budgets in the executive branch that usually goes to ceremonial and political functions, my staff and I brainstormed to know how the Office of the Vice President could be effective. We had to look at where to save and transferred to Quezon City, saving at least P200,000/month in rent,” reported Robredo.

Nevertheless, she was glad to discover that there were many private citizens and organizations that were very willing to help organizations that already doing some of the programs she envisioned but were not coordinated, so the resources were not being maximized. Among those who offered help are different foreign embassies in the Philippines who were just looking for ways to share their resources. 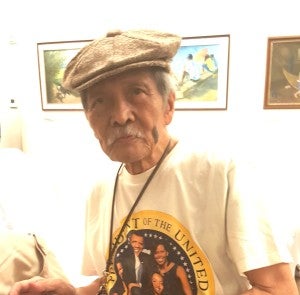 On the task President Rodrigo Duterte assigned her at the Housing and Urban Development Coordinating Council (HUDCC), she stressed that it is not a cabinet position, just a coordinating council of six housing agencies, that does not have much power.

“The good side of it is that the president has been kind to me and on the issues that we don’t agree on, he respects my position. I have been vocal about so many things, which he respects,” Robredo revealed. 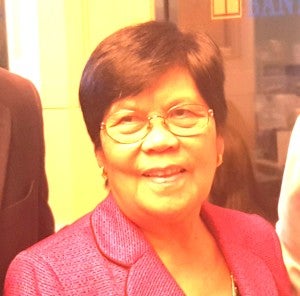 Turning to her audience, Robredo said that “the country is so proud of all the achievements you have been reaping for yourselves and your countrymen, and I invite you all to be more involved, more engaged, there are so many opportunities to partner with either private or public partnership, which will be beneficial to everyone. We are just too willing to brief you on the many programs that are in store.”

Robredo continued that in the next few months, her office will send to the Philippine Consulate information on these programs, for those who want to partner with them and get involved in manpower and skills, aside from financial contributions.

Philippine Consul-General to San Francisco Henry Bensurto Jr. expressed the hope that Robredo would consider San Francisco her second home, “where a community eagerly awaits her guidance on how they can give back to the Motherland.” 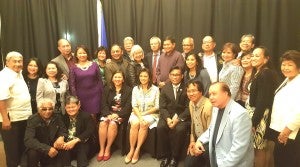 Bensurto also later observed that the audience had “a very good connection” with the vice president, and that the community visibly appreciated her, apart from according her all the respect and courtesy appropriate for the Philippine vice president.

“It is a very good sign whenever you have a leader with a sincere heart for the poor and the marginalized even as she also told of her honest desire to work with President Duterte in helping the country and people,” he added

Gabby Moraleda of the UPAAA-SF said Robredo’s very nature makes her special: “First, is her inner strength and the second, her purity of character and purpose — those make her stand out.”

“She inspired the community that saw her simplicity and being down to earth. She spoke from how she felt at that moment and how appreciative she is with the presence of Filipino leaders,” Moraleda added.

“What I like most is her determination to overcome the difficulties, the challenges. I think that is what she imparted to us that we really need self-confidence and optimism that we can change things for the better,” Arguelles observed.

Milpitas City Mayor Joe Estevez, who gave Robredo a letter of congratulations and gratitude for being “a great model for citizens in the Philippines, in America and anywhere else and a model for public officials in terms of character, trustworthiness, and competence.”

Probably the oldest guest at the event was 81-year-old Ilocano Vietnam War veteran Deo Sales of San Francisco. “I may be an Ilocano, but I am neutral. Masaya ako kasi nakita at narinig natin ang Pangalawang Pangulo ng Pilipinas (I am happy because we saw and heard the Vice President),” Sales divulged.

Another senior citizen, 73-year-old Leticia Lazaro of San Jose, came with daughter Wencisly Lazaro-Bautista. Both were glad to see her and Lazaro said Robredo “lived up to expectations with a very inspiring speech. Her story was phenomenal and I think she would serve our country good. I heard what I wanted to hear that she would be willing to sacrifice to serve our country, our people and that she will work and will make her stay in the office worth her while.”

Lieza Danan-Leon of the Ateneans Group of the San Francisco Bay Area, Ateneo alumni from grade school to graduate school, thought “she was very personable, very humble and that is ultimately the reason why a lot of Filipinos fell in love with her very quickly. She seems to me very sincere and she was a good reminder to all of us here in the Bay Area that it is actually our responsibility to give back to our country”

Union City Council Members Pat Gacoscos and Jim Navarro also marveled at Robredo’s “Cinderella-type of story.” She was at first reluctant but in the end she landed the second highest position in the land,” Gacoscos.

Navarro admitted not being really familiar with Filipino politics but was “glad I came and came to know a lot about our politics in the Philippines from someone very honest and wants to do a lot for the people of the Philippines.”