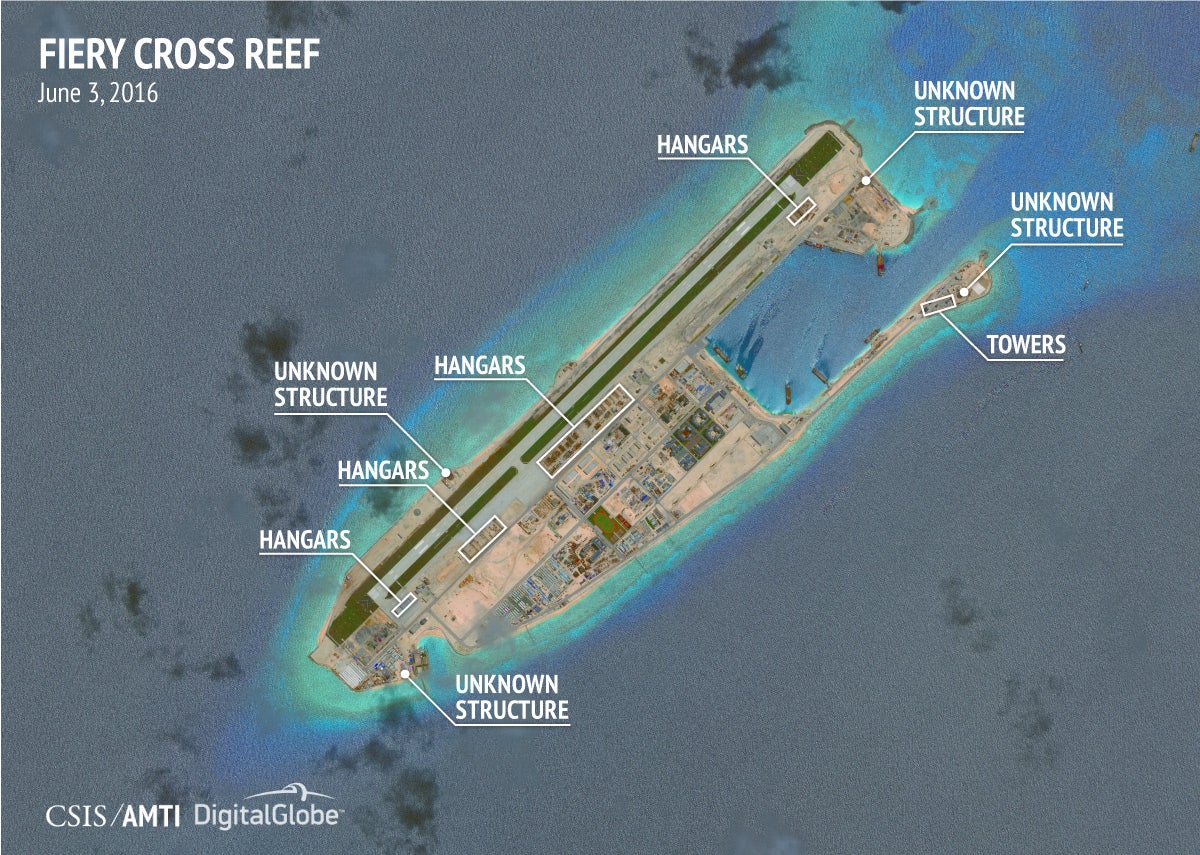 Latest satellite images show that China appears to be building reinforced aircraft hangars on its reclaimed islands in the South China Sea, a US think tank report showed.

The Center for Strategic and International Studies (CSIS) in Washington said that the hangars are fit enough for jet fighters used by Chinese air force. Construction of hangars was photographed on Fiery Cross, Subi and Mischief Reefs late July.

“Except for a brief visit by a military transport plane to Fiery Cross Reef earlier this year, there is no evidence that Beijing has deployed military aircraft to these outposts. But the rapid construction of reinforced hangars at all three features indicates that this is likely to change,” the report said.

Other facilities have also been built on the reefs, the CSIS said.

The images came out nearly a month after an international court in The Hague ruled in favor of the Philippines’ maritime case against China’s massive claims in the contested South China Sea, saying it had no legal basis. The court also ruled that China’s construction and occupation on Mischief Reef are illegal.

China has refused to acknowledge the court decision.

A security official in the Philippines, who requested anonymity due to lack of authority to speak with the media, said the construction of hangars is very “disturbing” since it was obviously militarizing the disputed sea.

“They are militarizing the area, bakit sila gumagawa ng (why are they constructing) hangars for what…The indications of their buildings are military in nature so it’s very disturbing,” the official said.

The source added that reinforced hangars are for military aircraft.

“These are hardened hangars built to withstand attacks. So this is militarization,” he said. RAM 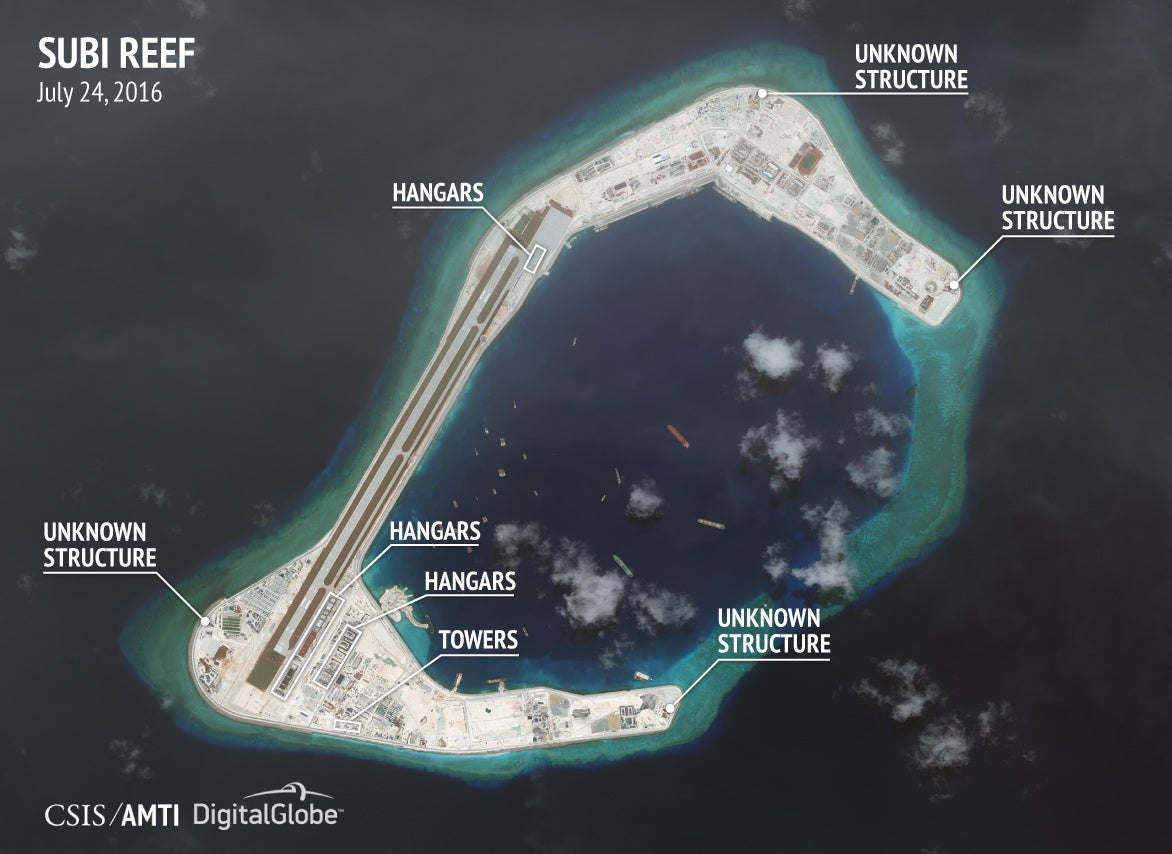 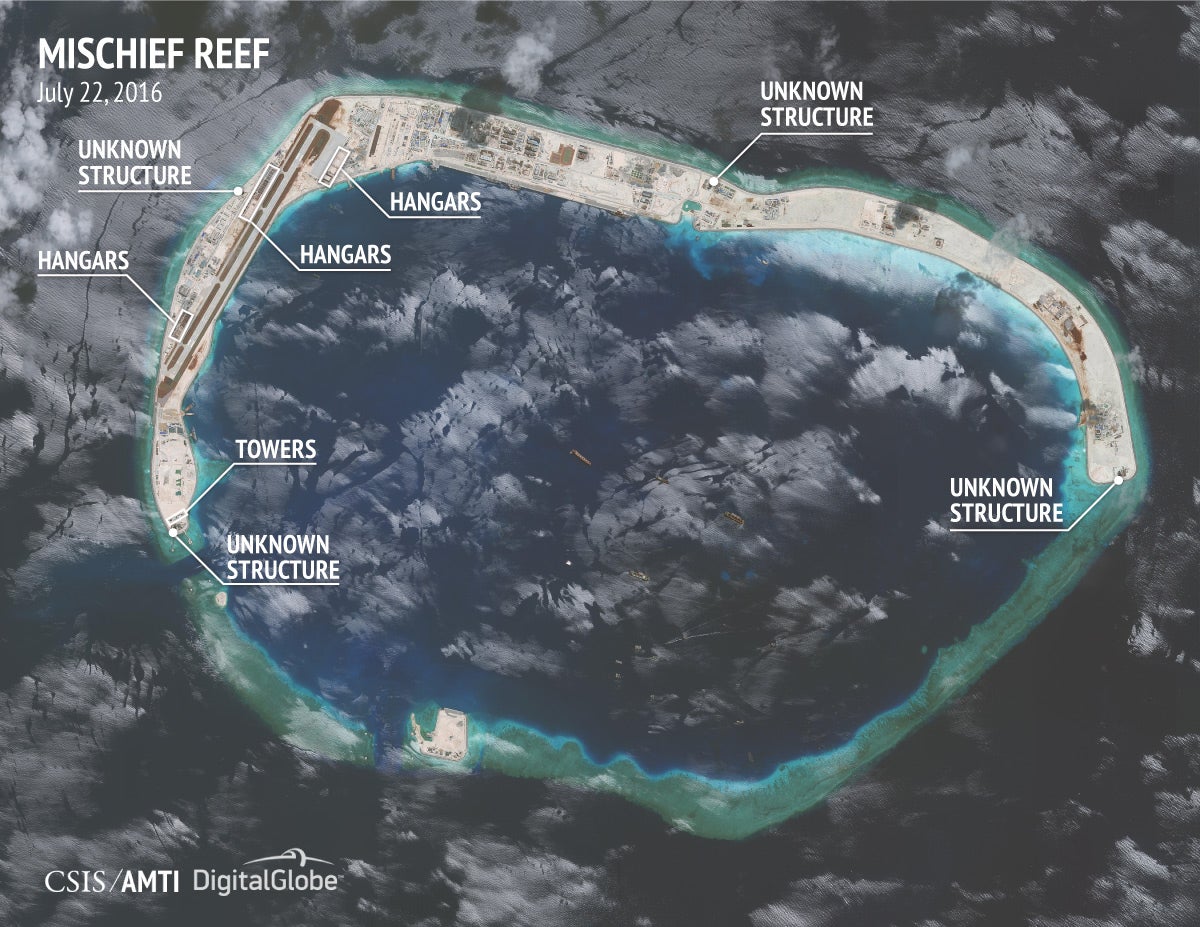