US 'concerned' by violent Philippine war on drugs | Global News

US ‘concerned’ by violent Philippine war on drugs 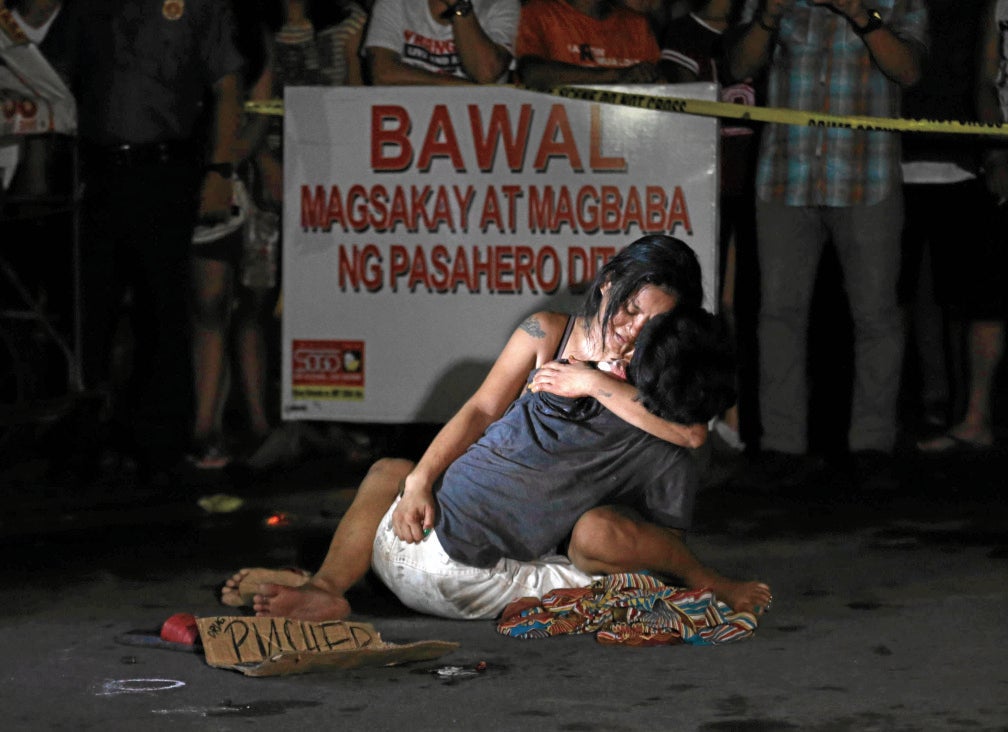 The US State Department has expressed concern over the violent drug war launched by the Duterte administration. INQUIRER FILE / RAFFY LERMA

WASHINGTON, United States — The United States expressed concern Monday over the extrajudicial killings of drug suspects in the Philippines, a key US ally whose newly elected president has launched a bloody war on crime.

President Rodrigo Duterte was swept to power in May after pledging to end crime in the Philippines using the same “shoot-to-kill” methods critics say he employed as mayor of the southern city of Davao.

Since Duterte assumed office at the end of June, police have reported killing more than 400 drug suspects while the country’s largest broadcaster ABS-CBN put the death toll at 852 to include reported summary executions.

“We believe — fundamentally — that those aspects ensure and promote long-term security,” she said. “We are concerned by these detentions, as well as the extra judicial killing of individuals suspected to be involved in drug activity in the Philippines.”

On Sunday Duterte publicly named more than 160 judges, mayors, legislators, police and military individuals allegedly involved in narcotics and warned them to surrender.

Before meeting the Philippine president in Manila last month, US Secretary of State John Kerry said “civil and human rights need to be protected even as we work to keep our societies safe,” but did not explicitly condemn Duterte’s violent crackdown.

A former US colony, the Philippines and the United States have long shared a military treaty.