DALY CITY, California— A young Filipina American public servant and an incumbent city commissioner married to a Filipina, are vying for two vacated seats in the city’s five-member council this coming November elections.

Also running for the same post is Tom Ledda, reportedly a businessman of Italian Iranian ancestry.

Daly City is home to the most number of the Filipinos in the entire San Francisco Bay Area.

Incumbent city planning commissioner and former policeman, Glenn Sylvester, said that he was inspired to further serve the community with hopes to maintain the quality of life of his constituents. He has been married to his Filipino wife, Nida, for 42 years.

“Public safety is my top priority, “ Sylvester told INQUIRER.net, “ (the city) is safe but due to the present strain where budget was cut, the city is no longer hiring six more police officers. “ 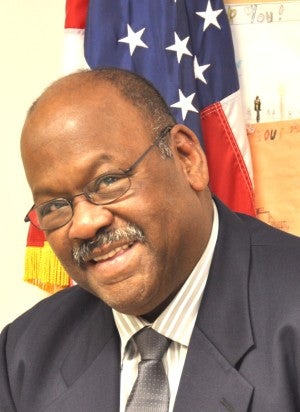 The Sylvesters have lived in Daly City since 1988. Nida Sylvester works as a clerk at the San Francisco Police Department (SFPD). Their eldest son Jason, 40, is Police-Fire medical dispatcher in San Francisco; daughter Kimberly, 34, is a DNA expert at SFPD; Krystalyn, 33, works at Lockheed Martin but her husband is and youngest Jonathan, 22, are both cops at SFPD.

Sylvester who was a Daly City policeman for 33 years assigned to the Crime Scene Investigation Unit (CSIU), said that while the crime rate remains manageable, “I receive crime reports that some policemen are complaining. “Thus, the need for more laws that would empower the city to further ensure public safety for the estimated 125,000 residents.”

Sylvester stressed that “insurance” was important to deter crime: “You’ll never know where you need it. “

He also said that one particular firehouse in the city, Engine 95 was closed down when the budget was cut by $2 million recently, aside from the police budget cut of another $2 million. “This engine carries water when there’s a fire. “ The cut could delay firemen’s response to fires. “The city has outsourced the dispatch, sending it to Redwood City,“ he said, reportedly saving the city some $300,000 annually.

“Again, my challenge is public safety–quality of life is having a good police and fire department, “ said Sylvester, ”and giving the tools they need. “

Asked about his edge over his opponents this November in vying for the city’s 43,000 registered voters, Sylvester said: “I have served as policeman for 33 years and I always try to put myself into somebody else’s shoes before I make a decision. “

The former Daly City police officer assumed his post as the city’s planning commissioner in 2012. “I have increased the revenue of the Serramonte Shopping Center and helped put up the movie theater the building of a hotel in four to five years time. “

Sylvester is a recognized instructor for POST (Peace Officer Standards in Training). He has also participated in the training and instruction of the Philippine National Police in the Philippines in the area of cybercrime for eight consecutive years.

Sylvester currents serves as the Planning Commissioner for Daly City; Board of Director at the SF Police Credit Union; Board of Director of the Filipino American Chamber of Commerce San Mateo; Vice President of San Francisco Veterans Police Officers Association; Treasurer of SF Operation Dream.

“Please cast your votes this coming elections, we need your support,“ Sylvester said, encouraging voters and residents of the city to actively participate in the November polls.

A passion to serve

Fil-am candidate Juslyn Cabrera Manalo, a native of Daly City, is the Community Engagement Associate for the 5M Project for Forest City. She was the first candidate to pull paperwork to run for City Council for the upcoming polls. 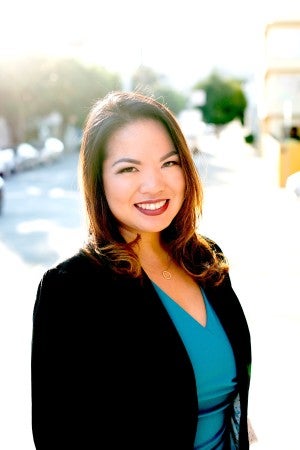 Born in San Francisco and raised in Daly City, her roots in community service date back to taking on student leadership roles at Ben Franklin Middle School and Jefferson High School.

Her drive and passion for community work began in her collegiate years. Manalo served Filipino World War II veterans as a community service worker at the age of 21 with the Veterans Equity Center in San Francisco.

She received one of the highest awards in community service from the Chancellor of California State University in 2001. With the National Network for Veterans Equity NNVE, she and her colleagues created Student Action for Veterans Equity (SAVE) and worked on the national campaign to fight for equity for the Filipino veterans.

In 2009 Manalo and a group of volunteers created the Bill Sorro Housing Program (BiSHoP), to address housing related issues for low- to moderate-income families and individuals. For four years, she managed and assisted in building the program’s capacity. To date, BiSHoP has served over 1,500 clients and continues to be a resource for the Filipino community.

Manalo wants to ensure that responsible community development happens within the neighborhood her mother lived when she moved to the United States. She continues to advocate for affordable housing policies, building local economic opportunities for residents and continued investment in youth development.

In 2014 Manalo graduated from San Francisco State University with a graduate degree in public administration in the School of Public Affairs and Civic Engagement. In October 2015 she received the Filipino Women’s Network Global award for Emerging Leaders.

She chairs the SamTrans Citizen Advisory Council and currently serves on the Personnel Board of Daly City. Her vision is to use what she learned on the ground in her 14 years of experience in nonprofit community development as an elected policymaker in her hometown.