DFA: Aid to continue for 14 Filipinos charged in 2013 Sabah siege 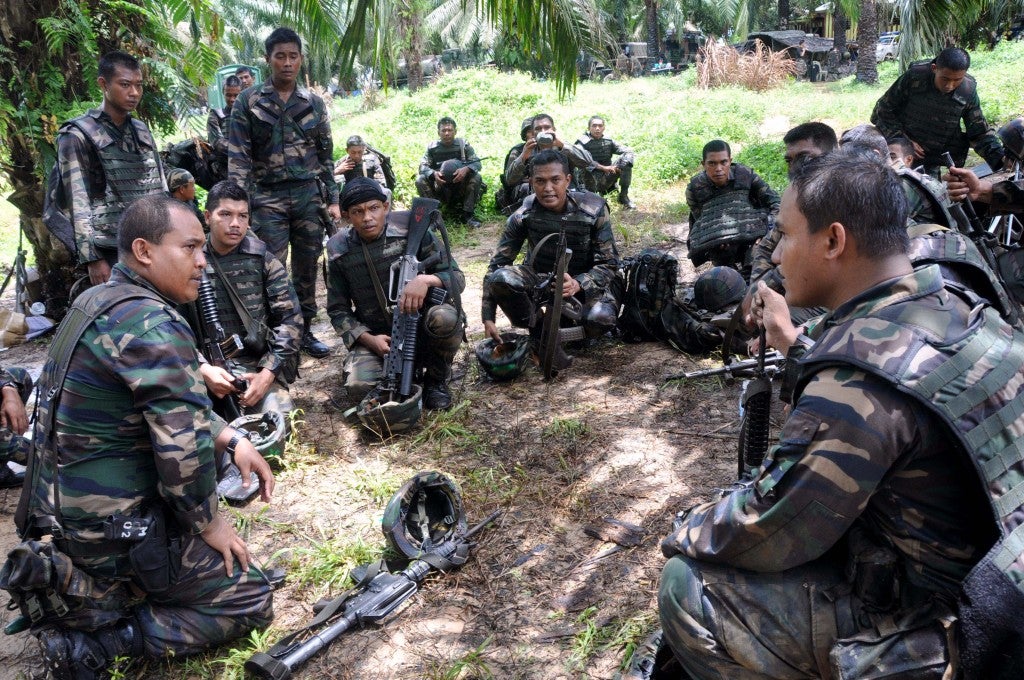 The Department of Foreign Affairs (DFA) has assured that consular and legal aid will continue for the 14 Filipinos who have been convicted for the 2013 siege at Lahad Datu in Sabah.

Of the 14 Filipinos, nine could be sentenced to death for crimes committed during the standoff which lasted for almost two months and resulted in the killing of scores of people. The rest of the accused face life imprisonment for crimes ranging from harboring persons committing terrorist acts to waging war against the Malaysian king and other violations of the Security Offences (Special Measures) Act of 2012.

According to DFA spokesperson Charles Jose, “Those found guilty have the right to appeal their case. The appeal will be promptly filed and the case elevated to the Malaysian Court of Appeals.”

He pointed out, “The judgment of the trial court will not become executory during the pendency of the appeal.”

Jose assured that the Philippine Embassy in Kuala Lumpur had not been remiss in ensuring that all the Filipino accused receive a fair trial.

“All the accused Filipinos have been assisted and represented by a private lawyer after their arrest in early 2013 and from the start of the trial proceedings in January, 2014. The services of the private lawyer were arranged by our embassy in Kuala Lumpur and paid for by the Philippine government,” he said, adding that they were visited regularly by embassy officials and personnel during their detention.

“The embassy will continue to extend all appropriate legal and consular assistance to the Filipino nationals,” Jose said.

The Lahad Datu conflict started on Feb. 11, 2013, and lasted until March 24 of the same year after over 200 armed militants arrived by boats from Simunul Island in Tawi-Tawi purportedly to assert the Philippines’ territorial claim over eastern Sabah.