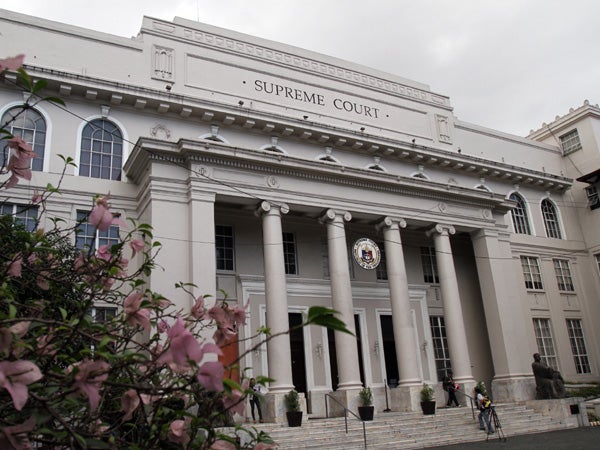 The Supreme Court upheld on Tuesday the constitutionality of the Enhanced Defense Cooperation Agreement (Edca) as an executive agreement that seeks to implement existing treaties between the Philippines and the US to boost defense and security cooperation.

The ruling came in time for the arrival of US Secretary of State John Kerry, who is expected to discuss strengthening military cooperation with Philippine officials amid China’s defiant stand to push its massive military buildup and activities despite an arbitral tribunal decision declaring its historic rights over the disputed waters as illegal.

In a briefer, the Supreme Court en banc said petitioners failed to present new arguments to boost their claims that Edca is a treaty that needs Senate concurrence.

The high court’s resolution penned by SC Chief Justice Maria Lourdes Sereno argued that “EDCA did not go beyond the framework.”

It added that Edca merely implements existing treaties between the Philippines and the US under the Visiting Forces Agreement and Mutual Defense Treaty.

“ The entry of US troops has long been authorized under a valid and subsisting treaty, which is the Visiting Forces Agreement (VFA),” said the court resolution, adding “reading the VFA along with the longstanding Mutual Defense Treaty led this Court to the conclusion that an executive agreement such as the EDCA was well within the bounds of the obligations imposed by both treaties.”

The high court also criticized petitioners Saguisag and Bayan in citing US practices, ineffective provisions or even absent provisions to prove that Edca was invalid.

The high court also argued that petitioners Saguisag and Bayan were asking the court to replace the prerogative of the political branches and rescind Edca for not being a good deal.

“Unfortunately, the Court’s only concern is the legality of EDCA and not its wisdom and folly; their remedy clearly belongs to the executive or legislative branches of the government,” said the high court’s resolution.

“It is ironic that, just recently, the Philippines won its case against China’s aggression in the West Philippine Sea. Yet,  through this lopsided agreement entered by  former President Benigno Simeon Aquino III, the country will once again be tied ad infinitum to the expansionist and hegemonist US policy, particularly in the Asia-Pacific region,” said Zarate in a statement on Tuesday. RAM/rga