Duterte dubbed a ‘cheerleader’ in killing of drug suspects 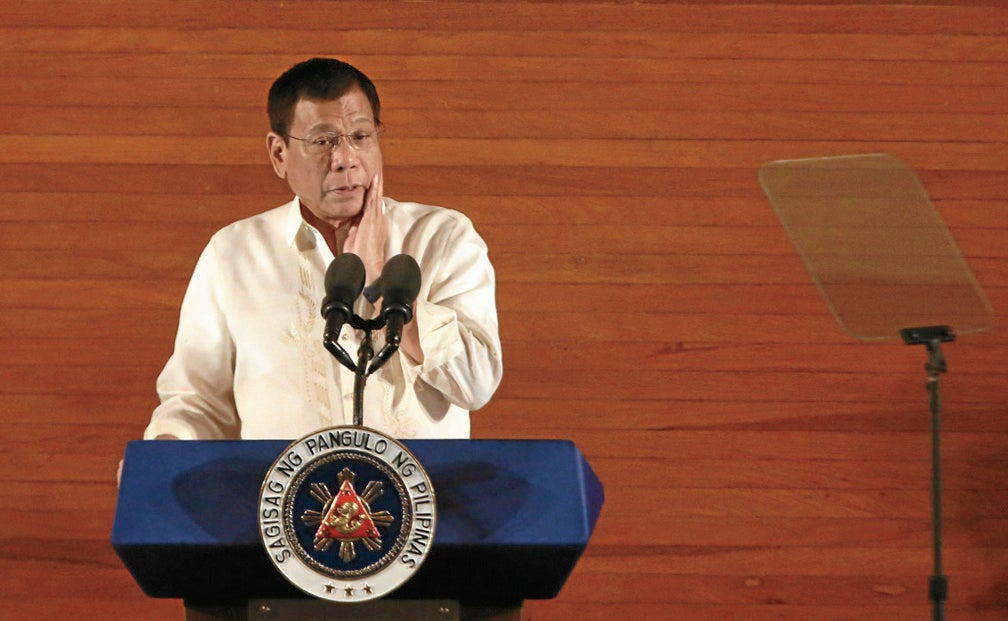 An international human rights group has branded President Rodrigo Duterte as a “cheerleader” for the killing of drug suspects, an act which he seemed to have advocated in his first State of the Nation Address (Sona).

“As long as Duterte is a cheerleader for the summary killing of criminal suspects, the fundamental right to life of all Filipinos is at risk from state-sanctioned murder,” Kine said in a statement.

Kine earlier said that the firebrand President’s remarks in his Sona have “implicitly” supported killings of suspected drug dealers and extrajudicial killings of criminal suspects.

“President Duterte must publicly recognize that respect for rule of law and fulfilling the human rights of Filipinos extends to all Filipinos, including criminal suspects and those implicated in the drug trade,” he said.

In his Sona, Duterte said that human rights should not be used as a shield or excuse to destroy the country.

“Human rights must work to uplift human dignity. But human rights cannot be used as a shield or an excuse to destroy the country,” he told the lawmakers in a joint session of Congress on Monday. CDG/rga

READ: CHR on Du30 Sona: ‘We have unanimity’ on rights issues