Duterte to tap Alunan for China if FVR begs off 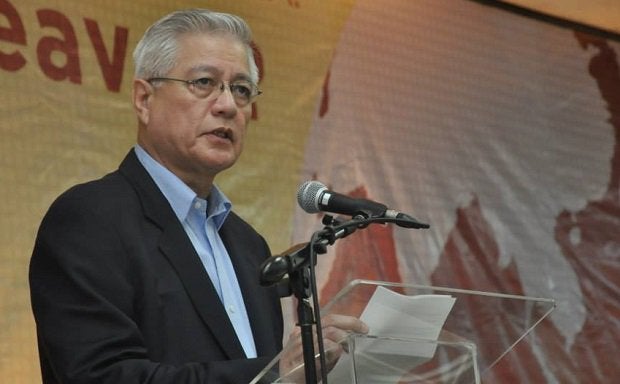 CAMP SIONGCO, Maguindanao—If former President Fidel Ramos declines President Duterte’s offer to lead the Philippines’ talks with Beijing over the South China Sea dispute, then maybe Ramos’ interior secretary could be up for the job.

Mr. Duterte yesterday said he was considering former Interior and Local Government Secretary Rafael Alunan as the country’s envoy to talks with China if Ramos rejects the offer.

Mr. Duterte indicated that he was set to talk with Ramos today to discuss his offer. Ramos earlier expressed concern that he may be too old for the job.

Alunan, he noted, was also a colonel in the reserve force.

“He knows his business,” he added.

But Alunan also ran and lost for senator in the May 2016 elections. There is a one year ban on losing candidates being appointed to the government.

The Philippines is set to pursue bilateral talks with China after it successfully challenged Beijing’s claim to almost the whole of the South China Sea.

Acting on the Philippines’ petition, the Permanent Court of Arbitration ruled that China’s claim has no basis.